20 Local Broadcasts Include Six on WISH-TV, 14 on MyINDY-TV 23; June 15 Home Match vs. Pittsburgh to Air Nationally on ESPN Deportes, with Remaining 31 Contests Available via ESPN+ 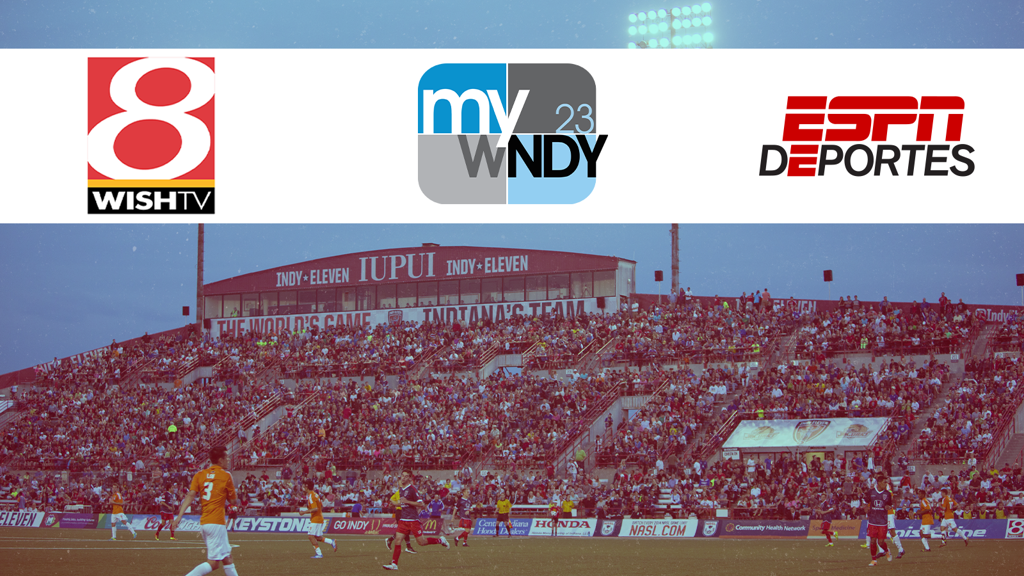 INDIANAPOLIS – Indy Eleven today finalized its 2021 broadcast calendar, which will feature six matches on WISH-TV, 14 games on MyINDY-TV 23 (WNDY), and one nationally-televised broadcast as part of the USL Championship’s 19-game slate on ESPN linear networks.

The club’s home tilt with Pittsburgh Riverhounds SC at IUPUI’s Michael A. Carroll Stadium on Tuesday, June 15, is one of nine Championship fixtures that will air nationwide on ESPN Deportes in 2021. Indy Eleven’s remaining 31 regular season contests – and over 700 additional Championship and USL League One matches in 2021 – will be available via live streaming video on ESPN+.

“We are thrilled to have ESPN return to Indianapolis to feature the best atmosphere in the USL Championship this June,” said Indy Eleven President and Chief Executive Officer Greg Stremlaw. “We’re proud that, once again, between WISH-TV, MyINDY-TV 23, and the ESPN family our fans will be able to follow every single minute of Indy Eleven action in 2021.”

Fans can sign up to ESPN+ for just $5.99 a month (or $59.99 per year) at ESPN.com, ESPNplus.com or on the ESPN App (mobile and connected devices). The Disney Bundle also provides access to ESPN+ in addition to the popular Disney+ and Hulu streaming services.

The Championship season will culminate on Sunday, November 28, with the 2021 USL Championship, set to be broadcast on ESPN or ESPN2. The contest between the Eastern and Western Conference Title-winners will also air on ESPN Deportes, with kickoff scheduled at 8:30 p.m. ET.

“This is the biggest and brightest platform we’ve ever had for our league,” said USL Executive Vice President Court Jeske. “We are thrilled at the wide selection of games, clubs and landmark moments that will appear on national television this season. It’s a special thing for our league to be able to showcase our clubs and cities across the USL Championship and League One on ESPN’s networks in addition to streaming an incredible schedule on ESPN+.”

As announced last month, WISH-TV and MyINDY-TV 23 – Indy Eleven’s founding Official Broadcast Partners – will deliver the action to local fans for an eighth straight season. The stations will combine to carry all 16 regular season home contests at “The Mike”, including six that will air on WISH-TV, starting with a June 5 meeting with Memphis 901 FC and concluding September 18 with the last of this year’s four matchups against archrival Louisville City FC.

MyINDY-TV 23 will air the remaining 10 home games plus all four away affairs on the local broadcast slate, including a June 26 clash against Louisville at Lynn Family Stadium and the squad’s regular season finale on October 30 at Memphis.

In addition to the two-hour game window, every local broadcast will be followed by the Honda Post-game Show, a wrap up of the evening’s action featuring extensive highlights and interviews with personalities from Indiana’s Team.