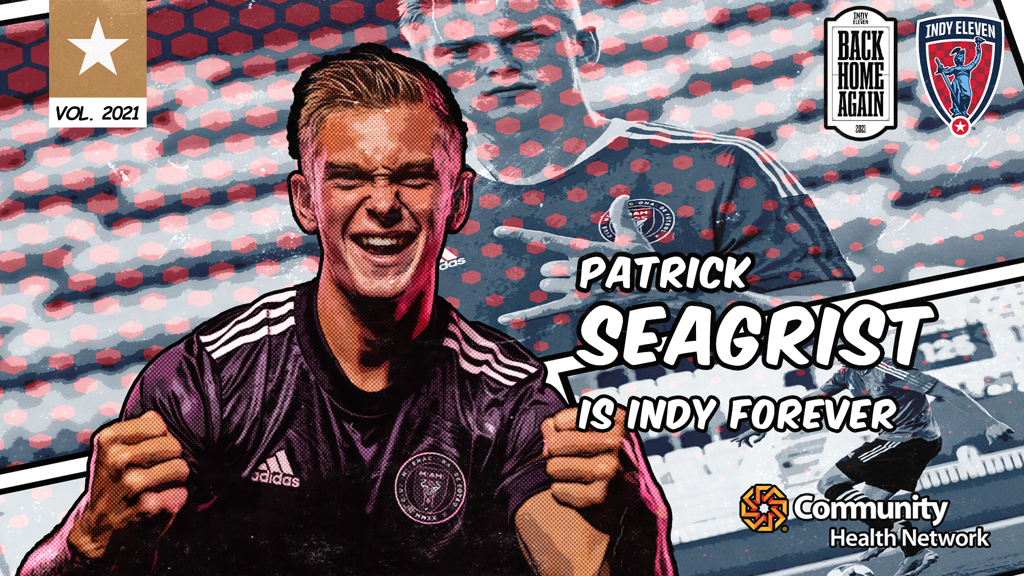 INDIANAPOLIS – Indy Eleven continued to stack its midfield corps with today’s addition of Patrick Seagrist to its 2021 roster via a loan agreement with Major League Soccer side Inter Miami CF. Per club policy, terms surrounding the deal that brings the promising 23-year-old wingback to Indiana’s Team will not be released.

Seagrist joins Indy Eleven after starting three games in 2020 as a rookie with MLS’ New York Red Bulls, which made him the 10th overall selection in last year’s MLS SuperDraft. Inter Miami CF acquired Seagrist last December via trade from the Red Bulls.

“Patrick provides another versatile option for us on the left side of the field,” said Indy Eleven Head Coach Martin Rennie. “We thank Inter Miami for entrusting us with his development this season and look forward to his contributions throughout 2021.”

Prior to turning pro, Seagrist was a four-year letter winner for Marquette University, where he finished off his Golden Eagle career with a team-best seven assists during his senior campaign in 2019. The Streamwood, Ill.-native started 63 of the 65 matches he played collegiately and recorded six goals and 16 assists from the backline. His all-around play earned Seagrist All-BIG EAST First Team honors in both 2018 and 2019.

Seagrist’s addition puts Indy Eleven at 25 players under contract leading up to the 2021 campaign, which kicks off on Saturday, May 1, with an away affair at Birmingham Legion FC. The roster as it currently stands:

Want to watch Indiana’s Team throughout the 2021 season at Carroll Stadium, beginning Saturday, May 8 vs. FC Tulsa? The only way to guarantee a seat for that match at this time is via a 2021 Season Ticket Membership, a limited number of which remain available. Secure yours starting at just $170 by visiting indyeleven.com/tickets or calling 317-685-1100.