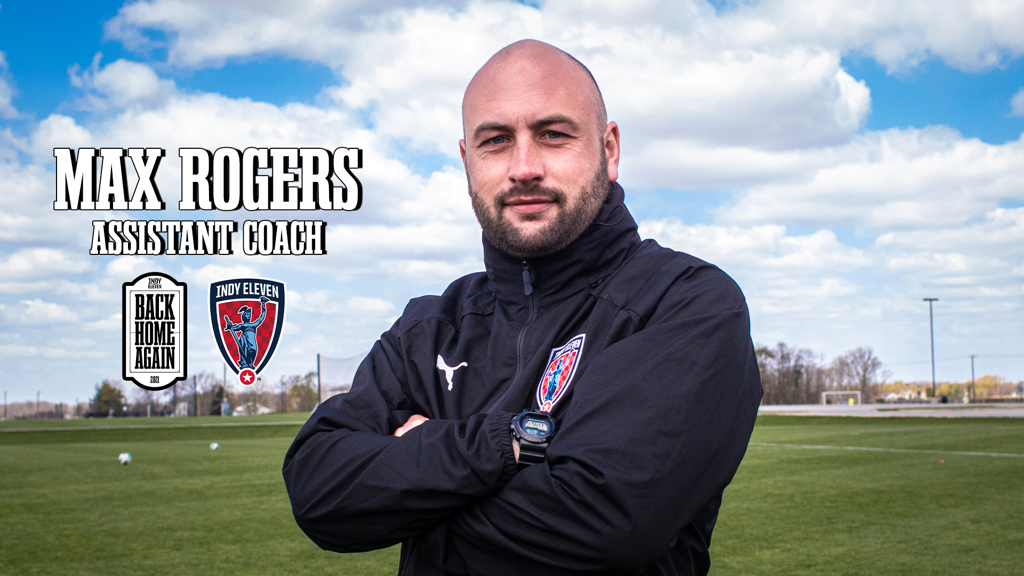 INDIANAPOLIS – Indy Eleven rounded out its technical staff for the 2021 USL Championship season with today’s addition of Assistant Coach Max Rogers to the organization.

“I am delighted to join an ambitious club in Indy Eleven,” said Rogers, a native of Grantham, England. “I’m looking forward to working with the staff and players to deliver the performances and results that we desire.”

Most recently, Rogers spent the past three seasons (2018-20) on the sidelines of former USL Championship foe Saint Louis FC, spending two seasons under former head coach Anthony Pulis before being retained by Steve Trittschuh for the 2020 campaign. While with STLFC, the Missouri side made a run to the quarterfinals of the 2019 Lamar Hunt U.S. Open Cup and qualified for the USL Championship Playoffs in both 2018 and 2020.

“We’re extremely happy to add Max to the staff. He’s done well over the last few years to establish himself in the USL Championship, and is an experienced coach that comes to us with great qualifications,” said Rennie. “He’ll bring a lot to the team on the training grounds and on the team side of the organization, and we’re glad to have him in place for the start of the regular season.”

Prior to 2016, Rogers was with Orlando City SC, where he was in charge of the then-new Major League Soccer club’s Methodology and Player Development for both its academy and USL outfits. While serving in the Development Academy, he coached at the U13 and U16 levels and assisted for the U18 squad that reached the USSDA Championship quarterfinals in 2017.

Rogers began his coaching career in 2014 at St. Mirren FC in the Scottish Premiership, where he was named the Assistant Head of Youth Development while also assisting with the reserve team and serving as the first team opposition scout. Rogers graduated from Edinburgh Napier University in Scotland with a Bachelor of Science honors degree in Sport and Exercise Science.

Want to watch Indiana’s Team throughout the 2021 season at Carroll Stadium, beginning Saturday, May 8 vs. FC Tulsa? A limited number of Season Ticket Memberships remain available and can be secured starting at just $170 by visiting indyeleven.com/tickets or calling 317-685-1100.