Get to Know: Bobby Edwards

Ten Questions to Get the Know the Squad 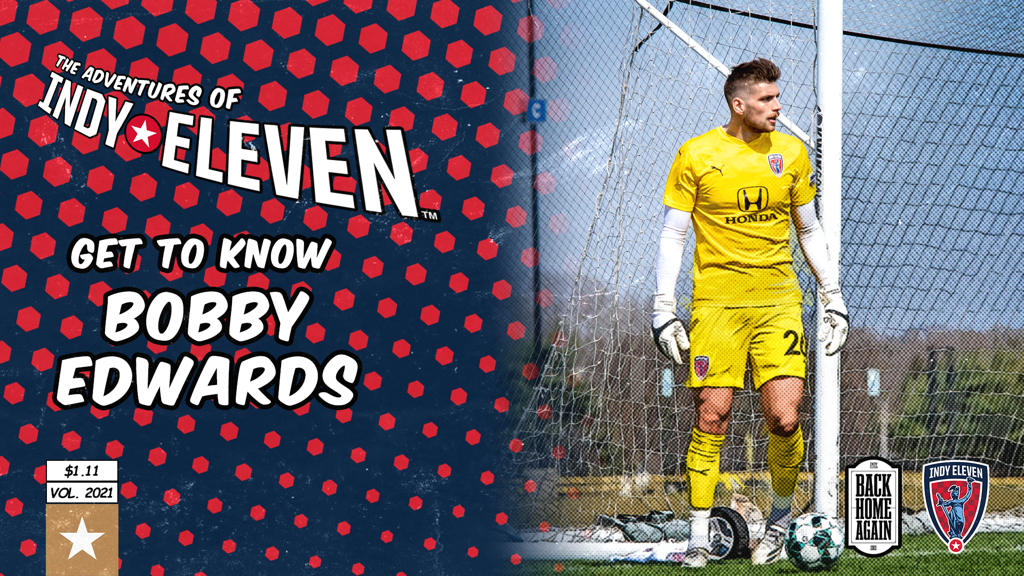 Sit back and check out the Q&A below to get to know New Jersey native Bobby Edwards.

BE: “Favorite snack? That’s a good one. I’ve been a big fan of the almond butter bars from Nature Valley. I’m not sure if you’ve ever had them. I don’t know if that’s a strange one, but dear god, the taste is amazing. They feel healthy enough to where you don’t feel terrible if you eat a couple. You feel like you’re doing something good.”

BE: “Man, I would probably say ‘Pan’s Labyrinth’, which I know is a wild one. It’s just a crazy movie. It’s one that I’ve liked for a really long time. Definitely one that I thought is a really good movie.”

BE: “Uh, I would probably go with Danny DeVito. I know that’s ridiculous, but I love Danny DeVito – I think he’s hilarious, he’s from Jersey. Definitely Danny DeVito.”

BE: “I’m not really sure. That’s a great question. I’m not usually the one that does the tunes. I guess I’ll go with a classic song, one I like is called ‘Be Right’ by Asher Roth, which I know is also crazy—the fans are going to think I’m just some weirdo, which I am, but they don’t need to know that full out. It’s just a feel-good song. I’m more of the kind of guy when I get hyped, I’m not trying to run though a wall, but I’m more trying to feel positive energy.”

BE: “I didn’t think these were hard questions. These are the thoughts that keep me up at night. I would probably say…that’s a good one…probably to fly. I know that’s so basic, but it’s so convenient. You can use it in so many ways. It’s efficient and it would be fun.”

BE: “’It’s Always Sunny in Philadelphia’, without a doubt. It’s so tough, everyone wants to be a part of the gang, but then some of the funniest characters are random people that show up. However they want to write me in I would be open to it, but just to be on the show would be amazing.”

BE: “I feel like I’m a pretty open book. This is a tough one. Maybe I don’t hide my secrets well enough…maybe go with the fact I’m a massive dog lover and I have two very cute goldendoodles – Pearl and Alfred. It’s not that a lot of people don’t know that about me, but a lot of fans probably don’t.”

BE: “Someone once told me I look like Ashton Kutcher, but like, I don’t. I don’t really have a celebrity lookalike, which I don’t know if that’s a good or a bad thing. Celebrities are usually pretty handsome, so if I don’t have a lookalike what does that say about me?”

BE: “Just to play game and to be a part of a team that wants to win, teammates that have the same ambitions and to be in a city that seems so excited about the club. Not to go on a whole tangent here, but soccer is only as meaningful as the fans who support it. If there’s no fan base, then it’s just 11 guys kicking a ball around a field and it’s meaningless. To have such an amazing fan base, I saw the love and support I received and that others received when they were announced, that’s what makes it all worth it. That’s the reason I play this game.”