Back Home Again On Loan, Liu Continues to Sharpen His Skills with Indiana's Team 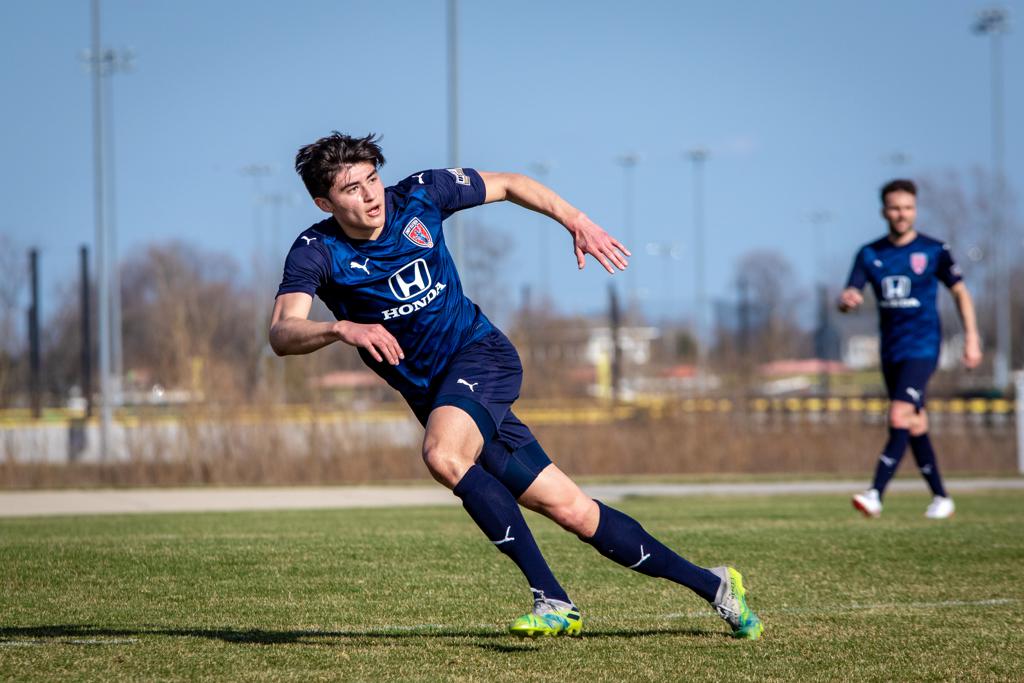 For the last 25 years, Sockers FC has been among the top youth development academies in the country. Players such as USMNT captain and Toronto FC midfielder Michael Bradley, Orlando City SC winger Chris Mueller, former Vancouver Whitecaps and USMNT defender Jay DeMerit and many others – domestic and abroad – have ties to the Chicagoland organization.

Since Indy Eleven Head Coach Martin Rennie took charge in 2018, the club has seen success in landing Sockers FC standouts such as forward Josh Penn, who recently transferred to David Beckham’s Major League Soccer side Inter Miami CF, and defender Matthew Senanou, who is now with the Boys in Blue for a second season under a USL Academy contract. Developing talent continues to be a focus of Coach Rennie’s after inking a loan agreement to bring Sockers FC alumni Aiden Liu to Indiana’s Team for 2021.

For the last decade, the Chicago native Liu has honed his skills on the pitch with Sockers FC –  his dedication to the team and his teammates initially piquing Rennie’s interest.

“He’s a competitive player. He works hard and puts in a good effort every day,” Rennie said. “He has confidence and a desire to succeed, and those are really important qualities for a player.”

The 20-year-old grew up with a love for soccer and basketball, but his passion for soccer is what has led him to early success. After his final season with Sockers FC in 2018, Liu was offered the chance to continue his journey abroad, much like many SFC alumni before him. Through a partnership between Sockers FC and HB Køge, Liu joined the Danish Superliga side’s U-19 roster before going on spend two seasons with Vejle Boldklub, with an intermittent loan to FC Sydvest last fall.

As a freshly turned 18-year-old on his trip abroad, Liu spent the first three months of his time in Denmark with his mom in tow to help him adjust to the culture and life in a new country. Once she returned stateside, it was up to Liu to handle the next two years on his own.

“You need some people there to help you, but eventually you have to be able to fend for yourself,” Liu said. “You can’t take things personally and once you get that it gets a lot easier.”

The competitive nature of soccer does not end after 90 minutes on the pitch. Every day, Liu had to compete with his teammates in training for a spot on the game day roster and, more importantly, a spot in the starting lineup. Outside of 21 combined appearances for HB Køge’s and Vejle BK’s U-19 squads, Liu has yet to make his Superliga first-team debut, but that does not mean the budding defender has earned a wealth of experience in that time.

“Professional soccer in Europe is a very tough environment that would normally make people grow up fast. Those kinds of experiences will help him in the future and give him a lot of good learning moments,” Rennie said.

It was not long after the COVID-19 pandemic hit that Liu was able to put that experience to use. Needing a space to train while he was home for the offseason, Liu found himself spending his days at Westfield-based Grand Park Sports Campus, the Official Training Facility of Indy Eleven.

Liu spent his days training alone due to COVID-19 restrictions limiting his ability to link up with others – that is, until Rennie invited him into the Eleven’s preseason training camp while the fourth-year coach waited for the bulk of his players to arrive.

While the Sockers FC-Indy Eleven connection may be a recent development, it’s been a relationship Rennie has been building for a number of years with coaches Dave Richardson and Bret Hall. Having met Liu during past scrimmages during his Sockers days, Rennie knew the value that training with professionals can have for players in Liu’s circumstance.

An impressive showing of skill and versatility ultimately led to keeping Liu in the Midwest on loan for the year, spending time developing with veterans and rising stars alike while remaining close to friends and family. In the end, it ended up being a win-win for both player and club: Liu was able to find a way to continue his budding career closer to home, and Indy Eleven gained a powerhouse of a center-back for the 2021 season.