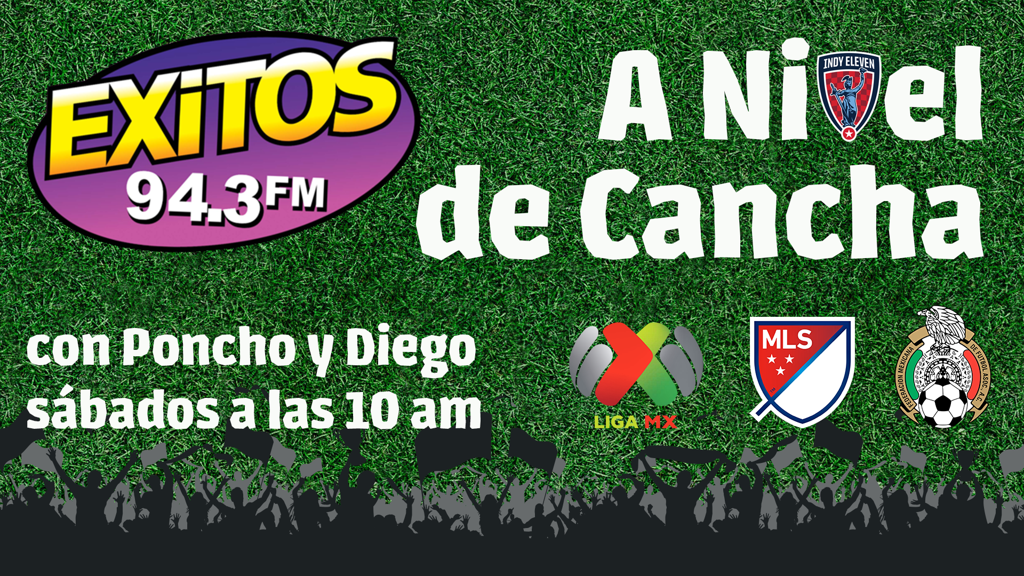 “Exitos Radio has been at the forefront of Indy Eleven’s efforts to connect with the Hispanic community in Central Indiana since day one, and we are thrilled to expand our partnership with the introduction of A Nivel de Cancha,” said Larry Linde, Indy Eleven Sr. Director of Partnerships and Broadcasting.

“We're very proud of our eight-year track record hosting the exclusive Spanish broadcast of Indy Eleven games. We see this new show (A Nivel de Cancha) as a continuation of that on-air asset, as well as a new venture in delivering updated sports content to the Spanish-speaking fans of Indiana,” said Bart Johnson, Market Manager for Continental Broadcast Group. “Futbol is a central and integral part of Hispanic culture.  As the market leader in delivering Spanish language sports programming to central Indiana, Continental Broadcast Group is thrilled to partner with Indy Eleven on this new weekly soccer show. Poncho and Diego are HUGE fans of the game. That passion for the sport will be present in every broadcast of A Nivel de Cancha, airing at 10:00 a.m. every Saturday, on Exitos 94.3 FM.”

Each week, Romero & Lemus will guide listeners through the latest local, national, and international soccer topics, with a main focus on Indy Eleven, the Mexican Men’s National Team, Liga MX, and Major League Soccer. Soccer fans can tune in live Saturdays at 10:00 a.m., as well as listen to archived episodes on most popular podcast platforms within hours of the show’s original airing.