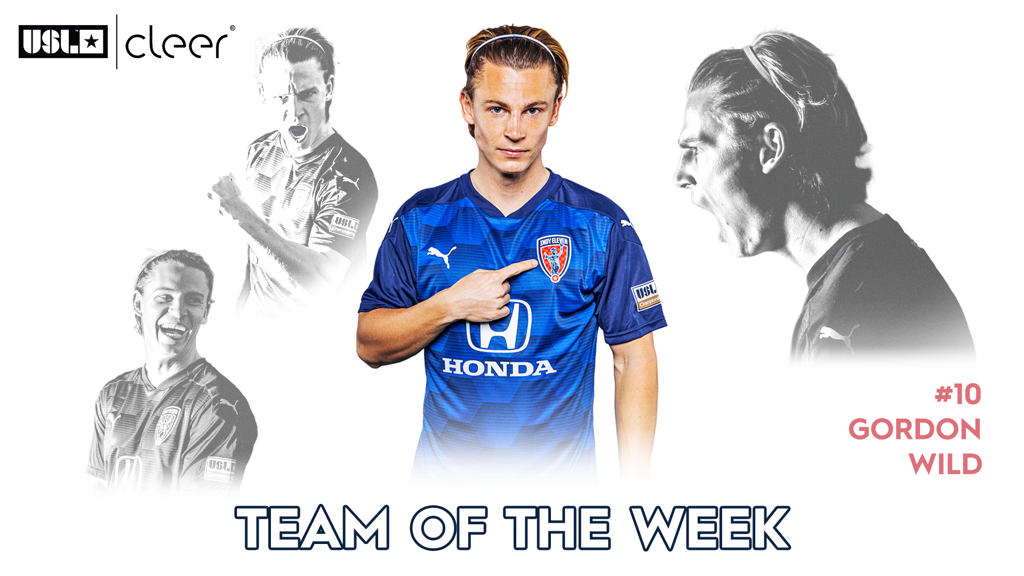 INDIANAPOLIS – In addition to helping Indy Eleven to its first home win of the 2021 season – Saturday’s 2-0 shutout of Sporting Kansas City II – the club is proud to announce that forward Gordon Wild has been voted to the USL Championship Team of the Week in Week 5.

Wild earned his first TOTW nod as a member of Indiana’s Team following an impressive debut in Indy’s starting XI over the weekend. The 25-year-old striker was a constant threat in SKC’s defending third, having tested the opposing ‘keeper on set pieces with two on-target chances throughout his 77 minutes on the pitch. Wild displayed his playmaking abilities as well, having created six chances during his shift, two of which assisted striking partners Jordan Hamilton and Manuel Arteaga on their goals in the 53rd and 65th minutes, respectively.

The Leonberg, Germany, native joined Indy Eleven in February after he proved his attacking prowess for clubs across both the USL Championship and Major League Soccer across his first three professional campaigns. For more details on the career of the ex-Maryland Terrapin standout, click here to visit his bio page on indyeleven.com.

Indy Eleven will renew one of the USL Championship’s most heated rivalries this Saturday, May 29, when Indiana’s Team will cross the Ohio River to take on Louisville City FC. The first of four LIPAFC (Louisville-Indianapolis Proximity Association Football Contest) showdowns in 2021 is set to kickoff from Lynn Family Stadium at 7:30 p.m. ET, and fans can watch the action live via streaming video on ESPN+ and follow live updates from the @IndyElevenLive Twitter feed, presented by Central Indiana Honda Dealers.

After that rivalry showdown, Indy Eleven will return home for back-to-back home games on Wednesday, June 2, against OKC Energy FC (live on MyINDY-TV 23, ESPN+ and Exitos Radio 94.3 FM/exitos943.com) and Saturday, June 5, versus Memphis 901 FC (WISH-TV, ESPN+ and Exitos Radio 94.3 FM/exitos943.com). Tickets for both 7:00 p.m. kickoffs at Carroll Stadium are now available and can be purchased at indyeleven.com/tickets or by calling 317-685-1100 during regular business hours.

D – Ryan Flood, Phoenix Rising FC: Ryan Flood won 10 of 12 duels and made three interceptions defensively and also completed 5 of 6 dribbles and 37 of 46 passes to help Phoenix to a emphatic victory against Las Vegas Lights FC.

M – Kadeem Dacres, Memphis 901 FC: Kadeem Dacres had a stellar display against Atlanta on Sunday afternoon, recording one goal and one assist and completing 3 of 4 dribbles in 901 FC’s 2-2 draw.

F – Rufat Dadashov, Phoenix Rising FC: Rufat Dadashov scored twice, hit the woodwork twice and had eight shots overall as Phoenix set records for the most shots (41) and shots on goal (20) in a regular-season game against Las Vegas.

F – Solomon Asante, Phoenix Rising FC: Solomon Asante recorded one goal and one assist, had seven key passes and seven shots and completed 29 of 34 passes overall as Phoenix ran out to a 5-1 victory against Las Vegas Lights FC.