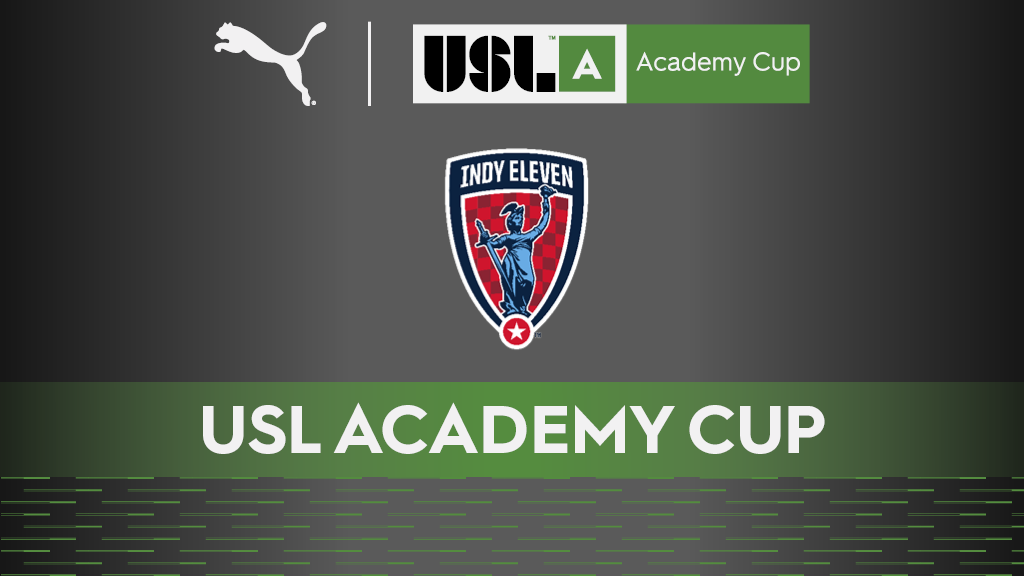 INDIANAPOLIS – Indy Eleven today announced the pair of youth rosters that will represent Indiana’s Team in the upcoming 2021 USL Academy Cup, presented by Puma. The four-day tournament will take place at the Hillsborough County Tournament SportsPlex in Tampa, Fla., this Memorial Day weekend from May 28-31.

The cup competition will see academy teams from clubs in all three senior divisions of the USL represented, with clubs from the Championship, League One and League Two as well as representation from MLS clubs all competing against one another to represent a growing footprint that reaches 22 states across the country. These events will be designed to better identify and accelerate the development of elite youth players with the potential to reach the professional ranks.

“Our participation in the USL Academy Cup, as well as the USL Academy League beginning next month, marks a major step forward in how we’ll evaluate the next generation of talent for our first team,” said Indy Eleven Head Coach Martin Rennie. “We wish these young men the best of luck in Florida and have no doubt they will represent our badge with pride and integrity throughout the tournament.”

The USL Academy Cup features some of the country’s most elite youth players from the U-13 and U-17 age groups and will build on the success of the first two regional events held prior to the pandemic. Among the 74 teams competing in the tournament, Indy Eleven will be represented in both the tournament’s Under-13 and Under-17 age brackets.

“Our players and coaches are excited to set the standard as the first teams to represent Indy Eleven at the youth level and ready to gauge themselves against quality competition from across the USL landscape,” said Josh Kremers, Indy Eleven Director, Youth Development, who will serve as an assistant coach for both Academy Cup squads. “Indy Eleven thanks the coaches, players, and families for the time and effort they have put into preparing for this opportunity on behalf of the club.”

As announced last October, Indy Eleven is partnering with the acclaimed Indiana Fire Academy (IFA) program in cultivating the rosters that will represent Indiana’s Team in USL Academy competitions in 2021.

“Indiana Fire Academy is extremely honored to represent Indiana and our community this week in the USL Cup. Our players are excited to put on the Indy Eleven crest and uniforms,” said Jimmy Carson, IFA Staff Coach and Indy Eleven U-13 Team Head Coach. “We are scheduled to play some very talented clubs and hope to follow in the footsteps of the first team and find success.”

The Indy Eleven Under-13 Team will participate in one of two “Elite” brackets in their age group. The U-13s will contest a trio of 8:00 a.m. ET kickoffs beginning Friday, May 28, against teams representing fellow Championship side Charlotte Independence (North Carolina) and League Two outfits NC Fusion (North Carolina) and FC Golden State Force (California).

Similarly, the Indy Eleven U-17 Team has also been placed in one of their age group’s two “Elite” divisions. The U-17s will begin play Friday at 8:00 a.m. ET against League One representative North Carolina FC before noon ET kickoffs the following two days against Weston FC (Florida) and NC Fusion.

Indy Eleven fans are encouraged to follow the @IndyElevenLive Twitter feed, presented by Central Indiana Honda Dealers, for updates on gamedays, and all the @IndyEleven social media channels for additional snapshots from the tournament experience across Memorial Day weekend. For more information on the 2021 USL Academy Cup, presented by Puma, visit the tournament’s online home at USL-academy.com/academy-cup.