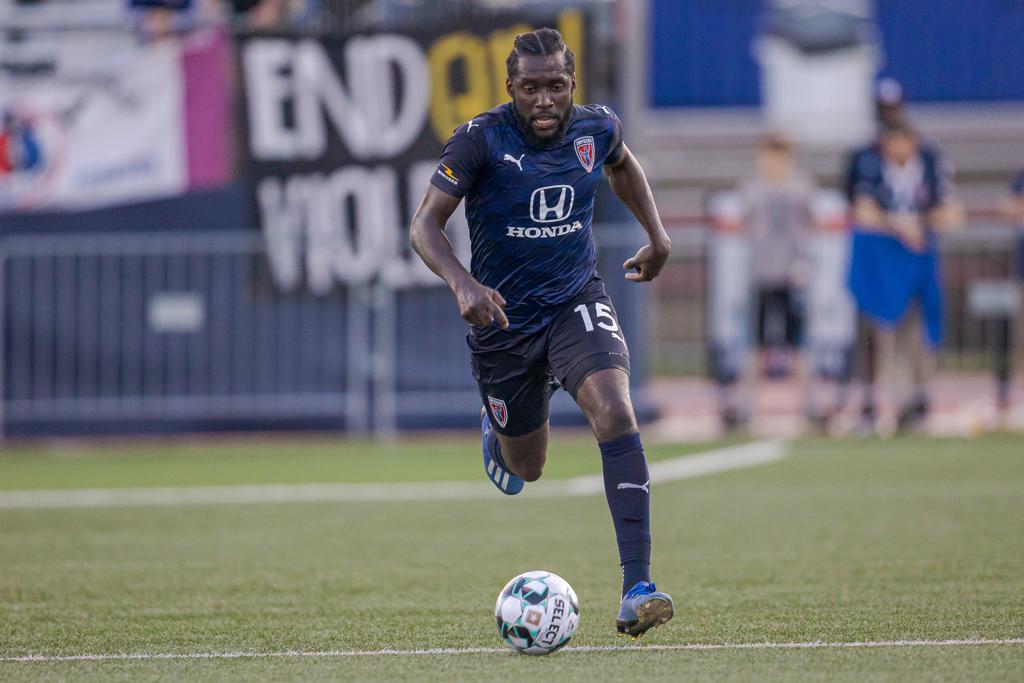 INDIANAPOLIS – Indy Eleven defender Neveal Hackshaw has been called up to the Trinidad & Tobago Men’s National Team ahead of a pair of first round FIFA World Cup Qualifiers in the CONCACAF region against The Bahamas this Saturday, June 5, at 5:00 p.m. and Tuesday, June 8, at 5:00 p.m. against Saint Kitts and Nevis.

As a result of the call-up, Hackshaw will be unavailable for selection for at least a pair of upcoming USL Championship regular season games, beginning this Saturday when Indy Eleven hosts Memphis 901 FC.

The 25-year-old defender, who was named to the Soca Warriors’ roster by coach Terry Fenwick, made his most recent international appearances in the starting lineup for two World Cup Qualifiers against Guyana (3-0 W) and Puerto Rico (1-1 D) on March 25 and 28, respectively, playing the full 90 minutes in both fixtures. Hackshaw was also called to action on January 31 in Trinidad & Tobago’s international friendly against the United States, entering the match in the 56th minute.

Since making his debut at the senior level in 2015, Hackshaw has compiled 15 “caps” for Trinidad & Tobago, including appearances in four World Cup Qualifiers, the 2019 CONCACAF Gold Cup and the Copa America Centenario play-in tournament in 2016.

Hackshaw has played a key role in Indy Eleven’s back line throughout the first five matches of the 2021 USL Championship campaign, starting in every match and remaining one of two Boys in Blue to have played every minute so far. Following last night’s 1-1 draw with OKC Energy FC, Hackshaw leads his teammates in interceptions (12), tied for most clearances (23) and also ranks second in blocks (3) and passes (243).

The native of La Horquetta, Trinidad, finished the shortened 2020 season with a team-high 28 interceptions and 10 blocks, and finished tied for fourth across the 33-team league in passes (1,012). Those numbers contributed to Hackshaw earning a spot on the 2020 USL Championship All-League Second Team, which came on the heels of his All-League First Team placement following a standout first season with the Boys in Blue in 2019.

Indy Eleven will head into its third of five games in an 18-day stretch this Saturday, June 5, versus Memphis 901 FC (WISH-TV, ESPN+ and Exitos Radio 94.3 FM/exitos943.com). Tickets for the 7:00 p.m. kickoff at Carroll Stadium are now available and can be purchased at indyeleven.com/tickets or by calling 317-685-1100 during regular business hours.