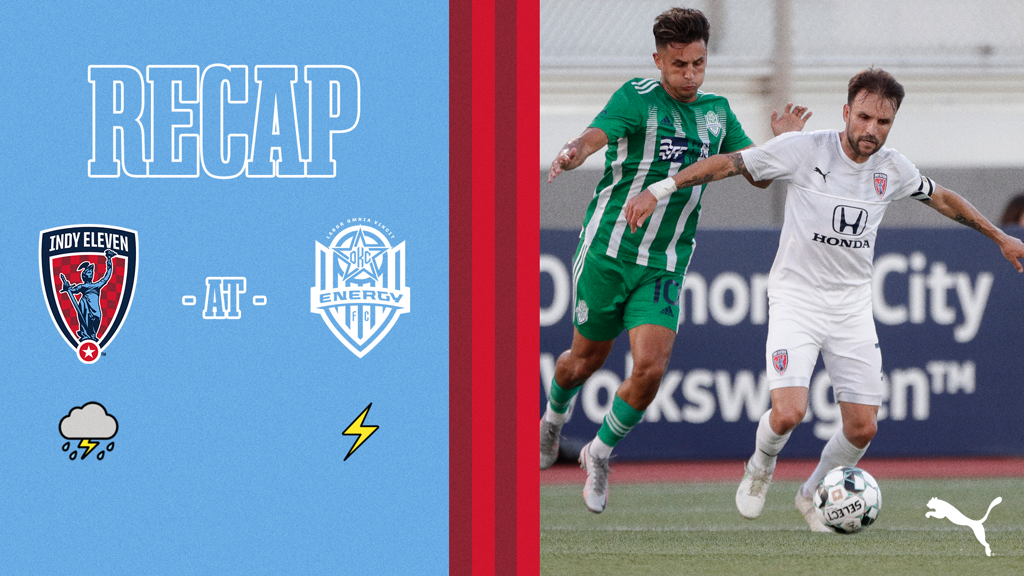 OKLAHOMA CITY, Okla. – Indy Eleven’s match at OKC Energy FC this evening was postponed early in the second half following storms that pummeled the Oklahoma City area and a subsequent power outage at Taft Stadium that compounded the difficult conditions. The portion of the match that was contested will be abandoned, and the full match will be made up on a yet to be determined date.

Indiana’s Team and OKC Energy were tied at 1-1 when the match was halted not even a full minute into the second half, goals by Indy’s Cammy Smith in the 15th minute and OKC’s Frank Lope in the 20th minute offsetting each other at the time. Those goals – and all other statistics from the abandoned match – will be stricken from the record books, with the teams starting fresh and playing the full 90 minutes on the settled upon make-up date.

Indy Eleven (4W-5L-3D, 15 pts.; 4th in Central Division) will return to action at home next Saturday, July 17, when it hosts Community Heroes Night, presented by Community Health Network Foundation, against Memphis 901 FC. Tickets for the 7:00 p.m. ET kickoff are limited but still available and can be secured by visiting indyeleven.com/tickets or by calling 317-685-1100 during regular business hours. Fans who can’t make it to “The Mike” can follow the action on MyINDY-TV 23, ESPN+, Exitos Radio 94.3 FM/exitos943.com, and the @IndyElevenLive Twitter feed, presented by Central Indiana Honda Dealers.