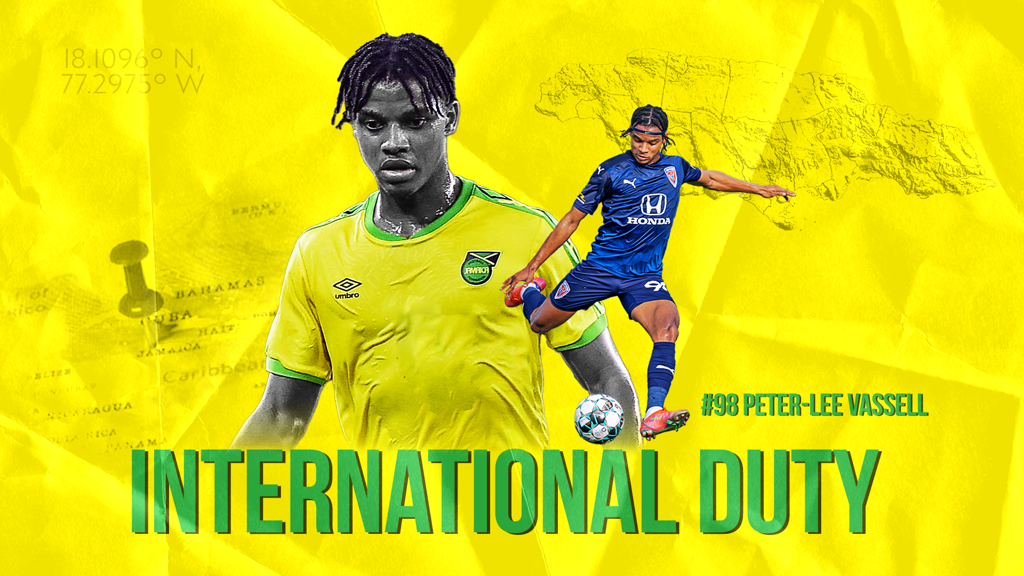 INDIANAPOLIS – Indy Eleven midfielder Peter-Lee Vassell has been called up to the Jamaican Men’s National Team ahead of a trio of Concacaf region Final Round Qualifiers for the 2022 FIFA World Cup against Mexico this Thursday, September 2 (10:00 p.m. ET); Sunday, September 5 against Panama (6:00 p.m. ET); and Wednesday, September 8 against Costa Rica (9:00 p.m. ET).

As a result, Vassell will be unavailable for selection for Indy’s next two USL Championship fixtures, this Saturday’s home match against Atlanta United 2 and a road tilt at FC Tulsa next Wednesday, Sept. 8.

The St. James Parish, Jamaica native has turned heads in recent years with the Jamaican National Team, bagging six and four assists in 17 appearances with the “Reggae Boyz” at the senior international level including contests in the 2019 Concacaf Gold Cup and Concacaf Nations League. Vassell is poised to make his first “cap” since March 2020 while out on duty.

The 23-year-old has begun to find a steady flow of minutes for Indy Eleven, having scored his first two goals for the squad earlier this month. Vassell has appeared in 15 of Indy’s 20 regular season games to date – including five in the starting lineup – and appears poised to contribute more as the Boys in Blue head into the final stretch of the 2021 USL Championship season.

Prior to joining Indy Eleven, Vassell split the 2019 season between a pair of regular season champions, making six appearances for Major League Soccer’s Los Angeles Football Club as part of their MLS Supporters Shield winning campaign and playing another six games on loan for USL Championship side Phoenix Rising FC. Vassell made his journey stateside after LAFC selected the attacking midfielder as its first pick in the 2019 MLS SuperDraft (2nd round, 40th overall selection) following his standout performances in both the MLS Caribbean Combine and MLS Combine.

Indy Eleven (7W-8L-5D, 26 pts.; 4th in Central Division) continues its streak of four consecutive Saturdays at Carroll Stadium this weekend, when Indiana’s Team will host Atlanta United 2 (6W-9L-7D, 25 pts.; 6th place in Central) for a Labor Day Weekend clash. Tickets for the 7:00 p.m. ET match presented by IBEW Local 481 – which will feature $4 beers and $11 hot dog combos – can be secured by visiting indyeleven.com/tickets or by calling 317-685-1100 during regular business hours. For full details surrounding the evening’s events, visit indyeleven.com/promotions.