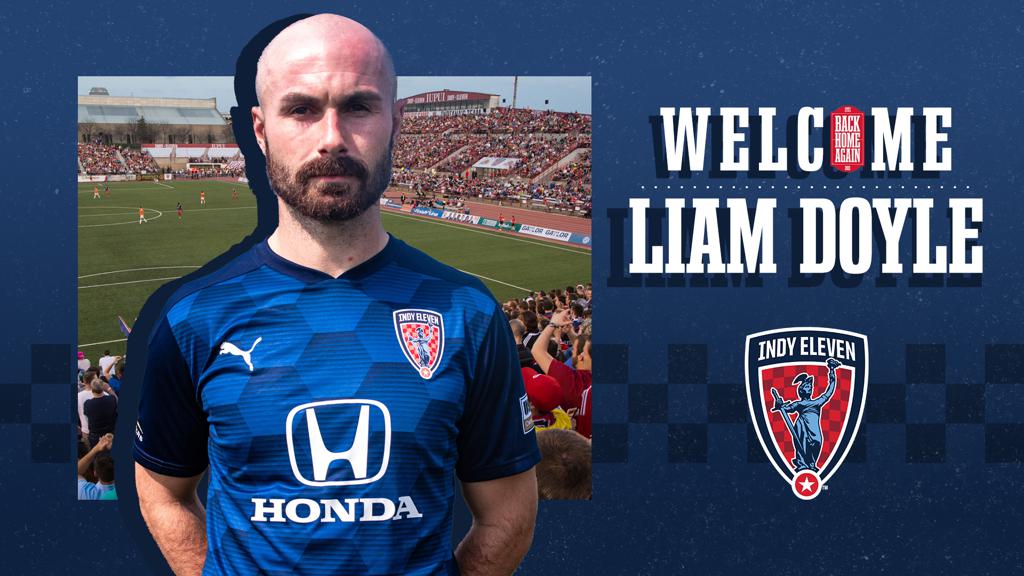 INDIANAPOLIS – Indy Eleven bolstered its backline for the stretch drive of the 2021 USL Championship regular season today by acquiring Liam Doyle on loan from fellow Championship side San Antonio FC. Terms of the loan deal that brings the 29-year-old Doyle to the Circle City for the remainder of the 2021 season will not be released, per club policy.

“We’re fortunate to be able to add a defender of Liam’s experience as we continue to fight for a position in the playoffs,” said Indy Eleven Interim Head Coach Max Rogers. “His addition will make us a stronger side and we look forward to his contributions at this important time in our campaign.”

The Isle of Man native started 10 of his 13 appearances for San Antonio FC in 2021, and he led the Texan side with 47 clearances to go along with 18 tackles won, 11 interceptions and eight blocked shots from his central spot on the backline.

“I’m quite happy to be coming aboard the rest of the year with Indy Eleven,” said Doyle, who joined his new squad for training this morning at Grand Park in Westfield. “It’s a massive club at this level that I’ve battled against off and on for years, so it’s good to be on this side of it. I can’t wait to help the club succeed and play my part as we make a push for the playoffs.”

Doyle has spent the entirety of his six professional seasons in the USL Championship, collecting four goals and seven assists across 10,833 minutes of action. Doyle has started 122 of his 127 league appearances for San Antonio FC (2020-21), Memphis 901 FC (2019-20), Nashville SC (2018-19), Swope Park Rangers (2017), and Harrisburg City Islanders (2016), and helped Swope Park Rangers (now Sporting KC II) to the 2017 USL Championship title. The 2015 Big Ten Defender of the Year with Ohio State was originally drafted by Major League Soccer’s D.C. United in the fourth round of the 2016 MLS SuperDraft prior to signing with Harrisburg for his rookie campaign.

The Boys in Blue return to USL Championship play this Saturday, Sept. 18, with the first of two meetings inside a month against archrival and Central Division leader Louisville City FC (13W-5L-4D, 43 pts.; 1st in Central). Tickets for the 7:00 p.m. ET kickoff on “The World Comes to The Mike Night” are limited but still available and can be secured by visiting indyeleven.com/tickets or by calling 317-685-1100 during regular business hours. Fans who can’t make it Saturday can follow the action on WISH-TV, ESPN+, Exitos Radio 94.3 FM/exitos943.com, and the @IndyElevenLive Twitter feed.