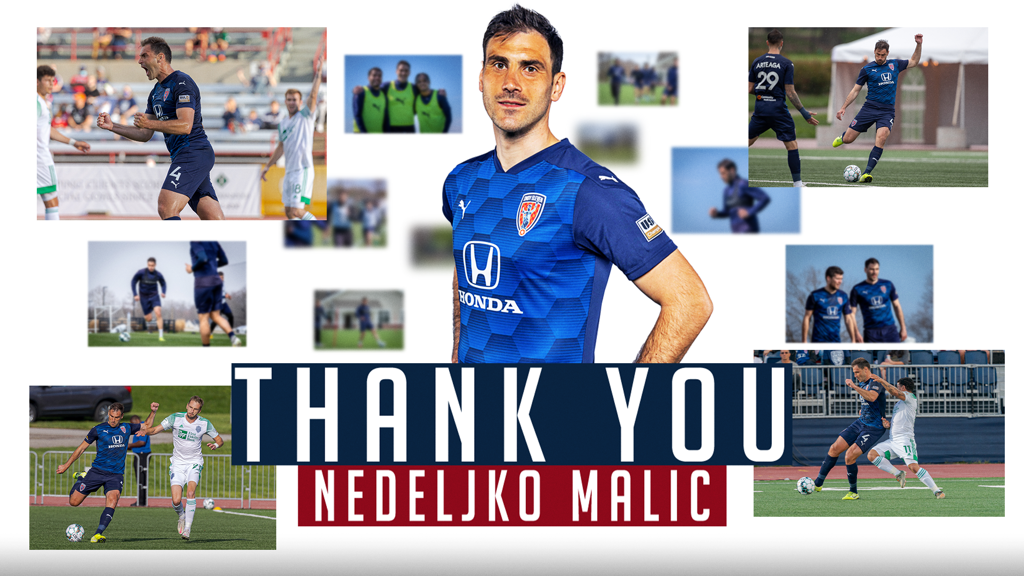 INDIANAPOLIS – Indy Eleven announced today that the club and defender Nedeljko Malić have mutually agreed to terminate his contract with the club so that he can return to Europe for family reasons.

“We appreciate the professionalism Nedeljko displayed during his time with the club and wish him all the best as he returns home to be with his family,” said Indy Eleven Interim Head Coach Max Rogers.

The 33-year-old Malić started two of his three appearances for the Boys in Blue this season and logged 124 minutes of action. Before signing with Indy Eleven in February, the Bosnia & Herzegovina native played 15 seasons with Austrian side SV Mattersburg, his longevity with the club also helped him to earn Austrian citizenship.

The Boys in Blue return to USL Championship play this Saturday, Sept. 18, with the first of two meetings inside a month with rival Louisville City FC (13W-5L-4D, 43 pts.; 1st in Central). Tickets for the 7:00 p.m. ET kickoff on “The World Comes to The Mike Night” are limited but still available and can be secured by visiting indyeleven.com/tickets or by calling 317-685-1100 during regular business hours. Fans who can’t make it Saturday can follow the action on MyINDY-TV 23, ESPN+, Exitos Radio 94.3 FM/exitos943.com, and the @IndyElevenLive Twitter feed.