Coming to the Circle City 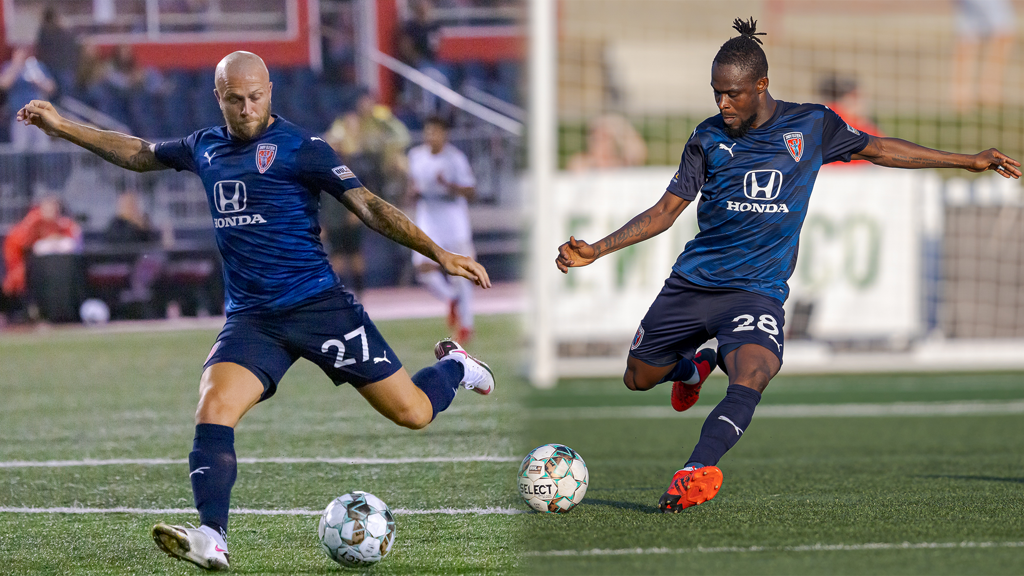 Nearly four percent of the population across the globe plays soccer (football, fútbol, calcio...) at some level, so it should come as no surprise that fans often affectionately refer to it as “the world’s sport”. Many of the best players in the game can be found across the pond and beyond, and Indy Eleven keeps its roster stacked with some of those names.

Getting them to the Circle City is not always easy, though. As with all international employment, a visa process is involved – and during the COVID-19 era, this has been more complicated than usual. Embassy appointments are harder to come by and travel bans limit who can enter the country at certain times, creating a lot more work for the administrative side of sports.

For the regular traveler, the process starts with obtaining a visa. However, a professional athlete's immigration process differs greatly from typical process. A player can only begin training once the club has all the necessary paperwork squared away – which is where Indy Eleven’s Operations Department staff stars behind the scenes.

“Every situation is a little bit different” explains Andy Piggush, Indy Eleven's Special Assistant to the President, “but follows kind of a similar pattern. We work with the player and then as an intermediary between them and an immigration attorney. They give us information we need to know for the player and make sure everything gets accomplished that they need to get here. Then, they get a visa and a passport and they can come over. It's not necessarily easy – it's still a government process – but overall, it's not usually horribly difficult.”

“Every player varies, but for most guys, if they're not in the country already, they have to have an appointment in their country of origin ...usually,” exclaimed Piggush. “This year has been different.”

Due to the COVID-19 pandemic though, many embassies are no longer taking non-emergency appointments. This meant Piggush and Team Administrator Shelby Gilmore had to look much farther to get their work done.

“COVID just made my job a nightmare, that's all,” Piggush half-joked. “It made it more challenging certainly, with varying travel bans based on where you might have been within 14 days of coming here, and those things changing during the middle of the process.”

For Eleven midfielder and Plymouth, England native Nicky Law, that meant instead of heading to the London embassy as he would normally do, he was hopping on a flight to Warsaw, Poland- only to find out that the immigration department had changed the necessary paperwork the day before he arrived.

“I went to the embassy for my appointment the morning after I landed and the guy who was dealing with my case told me I needed this NIE (National Interest Exemption) before my visa could be approved, having said that was a new thing with COVID,” explained Law. “It was a thing that hadn’t been around before, so I think it was literally the day before I turned up, they had changed the ruling for what classified an NIE.”

“We hadn’t heard anything about this NIE from any clubs,” Gilmore said, who began full time with the club in January 2020, just before the pandemic threw a wrench into pretty much everything involving her new position. “Apparently two days prior to Nicky’s appointment, the entire national travel exemption process got revamped.”

This meant Law had to wait out approval and stay in Poland for 13 days while his visa cleared. While that was not his ideal situation, it provided an opportunity for the 35-year-old to spend an extra two weeks with his 5-year-old son, Oscar, in a country they knew little about.

“We saw the national stadium, we went to the Warsaw Zoo, a lot of stuff to keep him busy,” Law mentioned. “We saw quite a lot of Warsaw, which is probably a country that I don’t think I would have visited otherwise.”

Nearly two weeks went by and Law was ready to embark on his journey stateside, but was doing so on his own – he was leaving home for an indefinite absence from his son and his long-term partner Amy back in England. The current COVID visa-approval process is more difficult for partners as well, since the two are not legally married, the new protocols put a mild strain on Law’s first trip across the Atlantic. A similar immigration process to players occurs for spouses and children of players, provided correct documentation of marriage and birth certificates are turned in during this time.

“Obviously spending that time with my son was great and I know me going through that process made it easier for the other international [players]. We knew nobody should really go in for an appointment until this was worked out,” Law said.

“We have never seen the hoops that we had to jump through this year,” expressed Gilmore. “Hopefully it gets easier from here.”

Once the paperwork was sorted for Law, he could finally make his first venture to an American club. The timeline for the midfielder was more difficult than it was for Gershon Koffie, who has played the world’s game in five different countries in the last 15 years.

From an administrative side, bringing Koffie to Indy Eleven was an easy move. Since his work visa was already approved from his past teams, Piggush and Gilmore had to simply transfer his paperwork to Indiana. Avoiding that interview, NIE, and travel ban created a simple route for the Ghana native.

Koffie first journeyed to North America in 2010 after signing for Vancouver Whitecaps for the team’s final second-division season before jumping to Major League Soccer.

“Vancouver was a big difference for me because I was coming from a different environment. That was the first time I was in North America and it was a great experience because I was lucky to meet great people who welcomed to me,” Koffie reminisced on his first endeavor abroad.

From there, he has traversed to three other continents throughout his career, making the move back to the States much easier for the 30-year-old and his family. Koffie’s passport has seen quite a few stamps in recent years, as the Ghanaian bounced between Canada, Massachusetts, Sweden, and Israel from 2015 until the 2020 season.

“I love to travel. I like to experience new stuff ... but and coming to Indy was not a big travel adventure for me, as I was staying in Montreal,” he explained.

At the end of the 2020 season, Koffie was looking at heading back to the Israeli Premier League, after spending his break in Montreal. Ultimately, he decided staying closer to his new family was more important, as he had newborn daughter. And with that, it was time to join the Boys in Blue.

International players and their families can be put through a great deal of stress during their time abroad, but their dedication to the game and work ethic shows itself on the field and in the sacrifices they are willing to take on during the travel process, something that sets them up for success during season.

The work doesn’t stop at the end of preseason, though. Players such as Neveal Hackshaw and Peter-Lee Vassell have left the squad to report for national team duty throughout the season, and while these are typically routine roundtrips in normal years, the organization heavily relies on the talents of Piggush and Gilmore to secure updated visa for safe and prompt return during COVID times.

Indy Eleven (8W-10L-5D, 29 pts.; 5th place in Central Division) returns to USL Championship play this Saturday, Sept. 18, with the first of two meetings inside a month against archrival and Central Division leader Louisville City FC (13W-5L-4D, 43 pts.). Tickets for the 7:00 p.m. ET kickoff on “The World Comes to The Mike Night” are limited but still available and can be secured by visiting indyeleven.com/tickets or by calling 317-685-1100 during regular business hours. Fans who can’t make it Saturday can follow the action on WISH-TV, ESPN+, Exitos Radio 94.3 FM/exitos943.com, and the @IndyElevenLive Twitter feed.