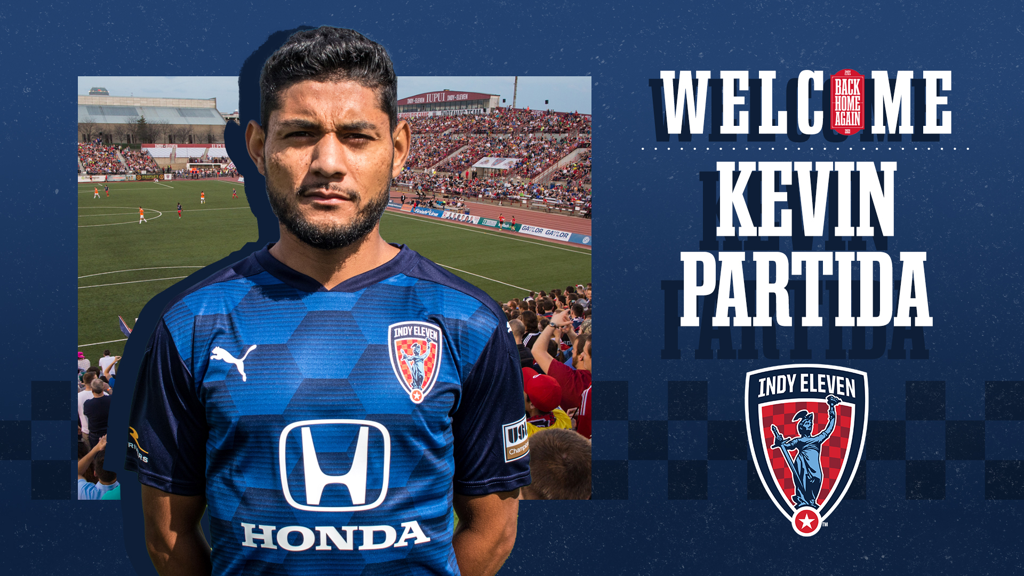 INDIANAPOLIS – Indy Eleven finalized a pair of transactions prior to Friday’s USL Championship roster freeze deadline, headlined by the signing of midfielder Kevin Partida for the remainder of the 2021 season. Per club policy, terms of the deal that brings the 2020 All-USL Championship Second Team performer to Indiana’s Team will not be disclosed.

In an additional roster move, goalkeeper and Carmel native Eric Dick saw his loan with Indiana’s Team come to an end after his recall by Major League Soccer’s Columbus Crew SC. These moves keep the Indy Eleven roster at 27 players as the Boys in Blue enter the stretch drive of the Championship regular season through the end of October.

“In Kevin Partida, we add a central midfielder who provides a box-to-box presence and can influence the game on both sides of the ball,” said Indy Eleven Interim Head Coach Max Rogers. “After getting a good look at Kevin on trial over the last week, we are confident his professionalism both on the field and in the locker room will fit in seamlessly with our group and help propel us towards the postseason.

“On behalf of the club, I also want to thank Eric Dick for his service to the Eleven and wish him the best of luck as he continues his season with Columbus,” concluded Rogers.

Partida most recently suited up for Major League Soccer’s Minnesota United FC at the end of their 2020 campaign, joining the “Loons” after the completion of last year’s abbreviated USL Championship season. The 26-year-old’s standout 2020 performance in the center of the pitch helped Reno 1868 FC achieve the Championship’s top regular season record and included 17 key passes, one assist, and four goals – two of which came in Reno’s pair of postseason contests. In all, the native of Sparks, Nevada, collected five goals, three assists and 35 key passes in 41 appearances (38 starts) across three USL Championships seasons, all spent with his hometown Reno squad from 2018-20.

Minnesota was not the only Major League Soccer stop for Partida, who was selected by the San Jose Earthquakes in the third round of the 2018 MLS SuperDraft. The UNLV product made five appearances on loan for San Jose in his rookie season in 2018, performances that earned him a spot on the MLS side the following season, spent mostly on loan back with Reno.

The return to Columbus for the 26-year-old Dick comes after the Butler University graduate made four appearances for Indy earlier this summer, during which he collected a 1W-2L-1D record, one shutout and 22 saves.

Indy Eleven continues its pivotal three-game road trip against Central Division playoff contenders this Sunday, Sept. 26, with the first of back-to-back games at OKC Energy FC. Kickoff for Sunday’s contest at Taft Stadium in Oklahoma City is scheduled for 6:00 p.m. ET (live on ESPN+), which will be followed by a repeat performance three days later on Wednesday, Sept. 29 (8:30 p.m. ET kickoff, ESPN+).