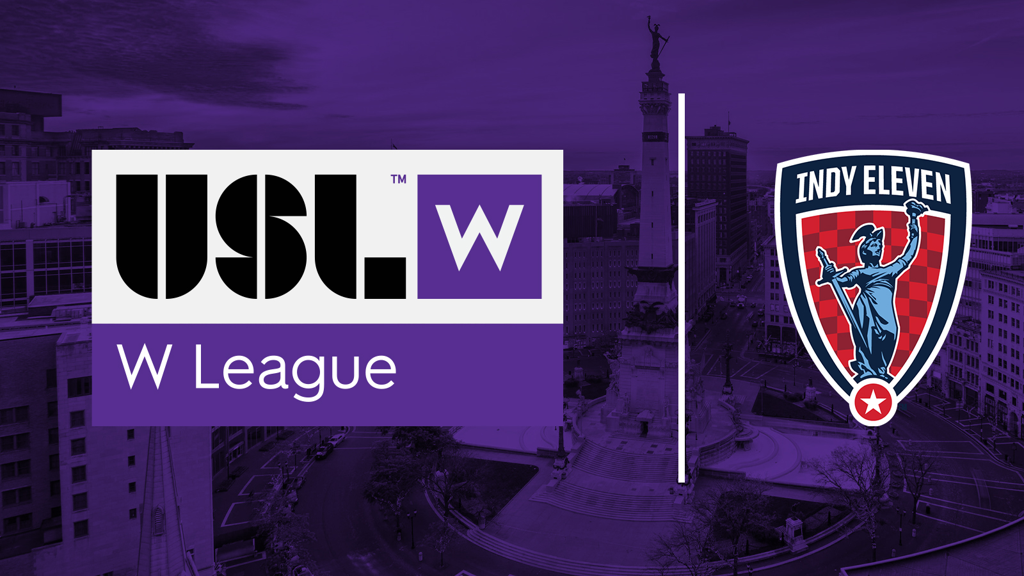 Indy Eleven is looking forward to other exciting news, which will also include future announcements around details surrounding its W League entry’s name, logo, and branding; home venue and training locations; staffing model and more at later dates accordingly.

“Indy Eleven has long desired to take a tangible step towards representation in the women’s game, and we are proud to partner with the United Soccer League and the W League to make that a reality,” said Indy Eleven President & CEO Greg Stremlaw. “Indy Eleven is eager to do our part in growing women’s soccer here in Indiana and, just as is the case with our USL Championship team, fulfilling our aim to be the premier club in the USL W League both on and off the field starting in 2022.”

The USL W League strives to use women’s soccer as a force for societal good by creating a national platform to increase opportunity, gender equity, and career development. The USL W League is committed to helping girls and women achieve their dreams by providing over 750 new opportunities for women to play, coach, and work in soccer. Further, with teams located across the country, thousands of women’s soccer fans will have new and greater access to the sport they love. Ultimately, the USL W League will provide a platform that allows for greater exposure both on and off the field resulting in a stronger game led by strong women. To learn more about the new league debuting on the field in 2022, visit uslwleague.com.

“We’re excited to welcome Indy Eleven to the USL W League as they introduce a women’s senior team,” said Betsy Haugh, USL W League Director of Operations. “Indy Eleven is a fantastic organization that has a deep commitment to growing the sport of soccer, and we know they will be a tremendous addition to the W League.”

Indy Eleven was founded in 2013, with its men’s professional team joining the USL Championship in 2018. The club currently has a robust youth structure that includes small group training, camps, and clinics for boys and girls as young as six years of age. Just over a year ago, the club launched the Indy Eleven Youth Soccer Program, a grass roots initiative designed to grow accessibility to the sport and keep families connected to the game longer by supporting 15,000 recreational players at partner clubs across the Hoosier State.

Earlier in 2021, Indy Eleven made its first formal forays into youth competitions by participating in the inaugural season of the USL Academy League (U-19 Boys) and last spring’s USL Academy Cup (Boys U-13 & U-17), with the club reaching the Final in both age groups in the Cup tournament. By joining the USL W League, the Indianapolis-based club will now also offer a senior team platform on the women’s side, providing more opportunities for women to compete at the pre-professional level.

“The W League will give thousands of young female players of all ages the opportunity to watch, learn, and develop into young professionals,” said Indy Eleven Assistant Coach Phil Presser. “Built on the tradition of amazing athletes like USWNT and Indiana Soccer Hall of Famers Lori Lindsey and Lauren Holiday, this will help light the fire and provide an equitable platform to female athletes to become professionals. Giving local talent another opportunity to play the game they love at the highest level, this marks the first step to continue the growth of our game right here in Indiana.”

Indy Eleven’s dedication to its club and community is driven by empowering a culture of excellence through its players and staff. Driven by core values of family, integrity, commitment and excellence, Indy Eleven strives to be best in class, on and off the pitch, while inspiring all through the excitement and unity created by soccer.

The addition of a senior women’s team in the USL W League is part of Indy Eleven Sports and Entertainment’s long-term vision and commitment to community impact and growing the women’s game. A cornerstone of that commitment is Eleven Park, a transformative, mixed-use neighborhood development project that will include a new, multi-purpose soccer stadium. Upon its completion, Eleven Park will include best-in-class amenities and provide the flexibility in scheduling that will allow Indy Eleven to accommodate matches for its senior men’s and women’s teams as well as select youth level events.