RECAP | Eleven Drops Round 1 at OKC 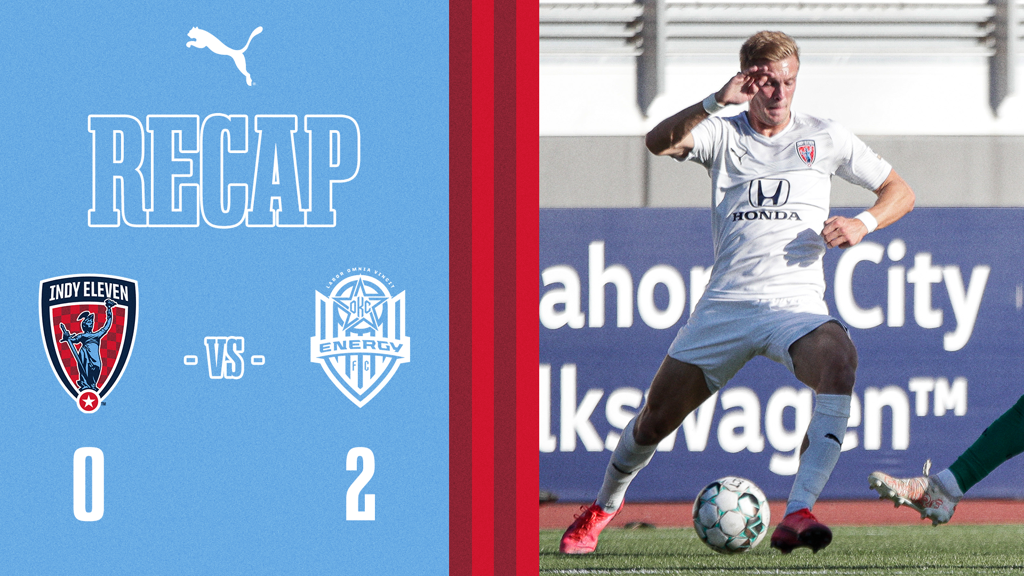 Indy Eleven will get an immediate chance for revenge – and the season’s head-to-head tiebreaker against OKC – this Wednesday, Sept. 29, when the two sides re-rack things at Taft Stadium with an 8:30 p.m. kickoff. The match will serve as the make-up for the squads’ postponed contest back on July 10.

A mundane start had only two reflection points until the match neared the half hour mark, starting in the 18th minute when a lower leg injury forced Indy Eleven midfielder Rece Buckmaster from the match. Three minutes later, an OKC clearance of an Eleven free kick towards the six hit the outstretched arm of Energy FC captain Conor Donovan, but the incidental contact did not earn a point to the spot despite cries from several Indy players.

It took 29 minutes for the first shots of the game to be registered, as defender Liam Doyle – making his first Indy Eleven start – and midfielder Nicky Law saw chances off a corner kick blocked inside the area. Energy FC took the lead on a counter attack straight off that sequence, set up by Villyan Bijev’s perfectly timed through ball to Jaime Chavez, who beat Indy’s backline trap before poking past an onrushing Bobby Edwards with his first touch to move the scoreboard.

Chavez nearly doubled up two minutes later with a turn and fire from 15 yards, but Edwards popped the blast over with a strong two-handed save. That last quarter hour of the opening stanza played out with Indy earning some set piece opportunities in the final third that were left wanting, sending the match to the break at 1-0 in favor of OKC.

While Indy started on the front foot in the second half, offensive opportunities still proved tough to come by for the visitors. It was Edwards who was tested thrice from distance in the opening 15 minutes of the half, the New Jersey native handling the chances without incident. In the 60th minute it was Eleven forward Gordon Wild nearly equalizing from distance himself, but the German dragged his chance just wide of the left post.

The 64th minute saw the Indy Eleven and USL Championship debut of Aidan Liu, the recently-turned 21-year-old and native of Chicago entering the match in an attempt to provide a spark at the point of the Eleven front line.

However, it was OKC Energy FC that would score the game’s pivotal second goal in the 74th minute, and it was again Bijev playing provider. After receiving Aidan Daniels’ square ball at the top of the area, Bijev popped a return ball for the substitute Energy striker over the Indy backline. Daniels hooked his touch around Edwards as the Indy netminder attempted to cut off the angle, doubling the OKC advantage and sealing the result.

In the 79th minute, Law served notice off the full volley, a rocket from the top of the area forcing OKC goalkeeper CJ Cochran into a leaping stop for his first save of the evening. The 89th minute saw another claim for penalty for Indiana’s Team when midfielder Nick Moon, who entered for the injured Buckmaster in the first half, went down under ample contact from behind inside the area, but again no whistle came to provide a lifeline for Indy’s chances.

Indy Eleven will return to Carroll Stadium this Saturday, Oct. 2, with its fourth and final meeting of the campaign against another postseason hopeful, Atlanta United 2. Tickets for the 7:00 p.m. ET kickoff on the club’s annual Hispanic Heritage Night, presented by Financial Center First Credit Union and Morales Group, can be secured by visiting indyeleven.com/tickets or by calling 317-685-1100 during regular business hours.