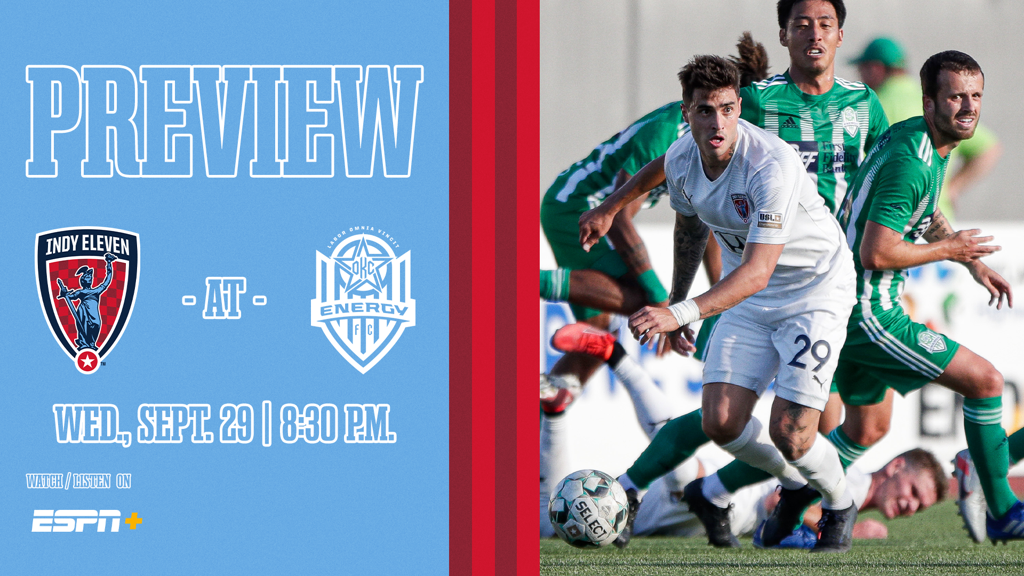 Sunday’s 0-2 defeat in “Round 1” of Indy Eleven’s doubleheader trip to Oklahoma City denied Indiana’s Team the opportunity to keep the Central Division’s fourth playoff spot within a win’s reach. That result makes Wednesday’s return contest at Taft Stadium all the more pivotal for the Boys in Blue. While a midweek draw would at least staunch the bleeding for an Indy outfit that has dropped three straight and four of its last five, another loss means some nearly impossible math to overcome – and the need for ample help down the stretch in fixtures involving others in the quartet of playoff hopefuls.

After Sunday’s game, Eleven Interim Head Coach Max Rogers stressed the need to continue focusing on making things difficult for the opposition and eliminating the individual errors that have led to unnecessary concessions in recent contests. While that approach can keep things even or close, Indy can only claim three points if it holds down its fort in defense and manages to scratch across a goal or two itself.

Indy’s Achilles heel in attack used to be an inability to finish more of the numerous quality chances being created, but recently the well has dried up in creating those chances in bulk. For a squad that has scored just twice across its last five outings and managed only 14 shots and four shots on target combined across its last three games, the willingness to leave some caution to the wind and commit more numbers to the attack must be one of the cards the Eleven have up their collective sleeve if they hope to turn its offensive drought around

That said, close games can be a recipe for success for the Eleven, which has collected five wins against seven losses in one-goal margin games this season – including victories in its first three such results on the road across May and June. As mentioned in Sunday’s preview, goals at Taft Stadium are every bit as hard to come by as they are at Carroll Stadium (the two lowest scoring venues in the whole of the Championship); now that the Boys in Blue are plenty familiar with the environment, surface, and opposition, the margins between the sides should be closer than ever when they close out their even season series on Wednesday night.

Wednesday’s fourth and final meeting of 2021 between Indy and OKC will serve as the “rubber match” in the series between the Central Division combatants. Their ledger began at Carroll Stadium on June 2, when Nick Moon’s finish off a Gordon Wild corner late in the first half was cancelled out by Frank Lopez’s redirect in the 69th minute, resulting in a 1-1 draw.

The two teams tried to renew acquaintances in Oklahoma City on July 10, only to see the game halted at 1-1- early in the second half, and ultimately abandoned due to stormy weather and a subsequent power outage at Taft Stadium. The Central Division foes then circled back to the Circle City on August 14, when Manuel Arteaga assisted on Nicky Law’s 26th minute opener before the pair reversed roles on Arteaga’s 53rd minute game-winner in a 2-1 Indy triumph.

Energy FC evened up the series on Sunday evening with a 2-0 triumph at Taft that saw Villyan Bijev set up goals on either side of the half for Jaime Chavez (30’) and Aidan Daniels (74’). Wednesday’s season series finale will officially serve as the make-up match for the abandoned affair in July.

Minutes continue to add up for the squad in a congested September slate that has seen the Boys in Blue power through six games (seven if you include the September 14 exhibition with Major League Soccer’s Chicago Fire FC) in under 30 days. With approximately 72-hours until the second away round with OKC Energy and the injury list not getting any shorter, Coach Rogers may look to call upon Indy’s newest arrivals in Adewole and Partida.

Defender Rece Buckmaster’s early exit from Sunday’s contest following an apparent injury in the 18th minute, five-year USL Championship veteran Adewole may be primed to see his Indy Eleven debut just days after joining Indiana’s Team. The former Pittsburg Riverhounds SC (2017-19), Saint Louis FC (2020) and Phoenix Rising FC (2021) defender has averaged 70 clearances and 36 interceptions per-season since joining the league. The Ceverly, Maryland native spent the start of his 2021 campaign in the Western Conference, tallying nine of his 100 appearances with Rising FC before making the move to the Hoosier state. While A.J Cochran and Neveal Hackshaw continue to recover, Adewole’s fresh legs in Indy’s defending third may prove beneficial as the team heads into its fourth league game in 12 days.

Partida made his first appearance on Indy’s bench during Sunday’s outing at Taft Stadium after spending little over a week trialing with the team. Now with squad rotation being a key factor heading into a busy Week 23 schedule, his USL Championship credentials make him a strong contender for minutes as early as Wednesday evening. The Sparks, Nevada-native helped lead former USLC heavyweights Reno 1868 FC to the top seed of the league’s 2020 postseason, advancing as far as the Western Conference Semifinals before falling to Phoenix Rising FC. His 17 key passes, one assist, and four goals – two of which came in Reno’s pair of postseason contests – helped earn Partida a spot on the USL Championship’s All-League Second Team and ultimately a move to Major League Soccer’s Minnesota United FC at the end of the season. Though he hasn’t seen any playtime in 2021, his offensive awareness will be called upon as Indy seeks an uptick in goal production through the final weeks of the regular season.

Since joining the Sooner State side from Sacramento Republic in the offseason, Bijev has been an absolute superstar in the attacking third for Energy FC. The 2016 All-League First Team and Assists Champion hasn’t shown any signs of slowed production, leading his teammates and currently ranked sixth in the Eastern Conference in goals scored with 11. The Liverpool FC youth product has been just a proficient in creating scoring opportunities, leading his side in assists (6) and chances created (29) heading into Wednesday’s fixture.

The Sofia, Bilgaria native’s skills were on full display Sunday evening, having assisted on both goals and created an additional two chances in Energy’s 2-0 win. Bijev’s awareness is what makes him a true threat to opposing defenders, his timing often beating opposing players in a game of inches in offside decisions or his ability to create chances out of pinpoint accurate crosses. A stout Indy Eleven midfield will need to be ready at a moment’s notice to keep Bijev’s passing lanes limited.