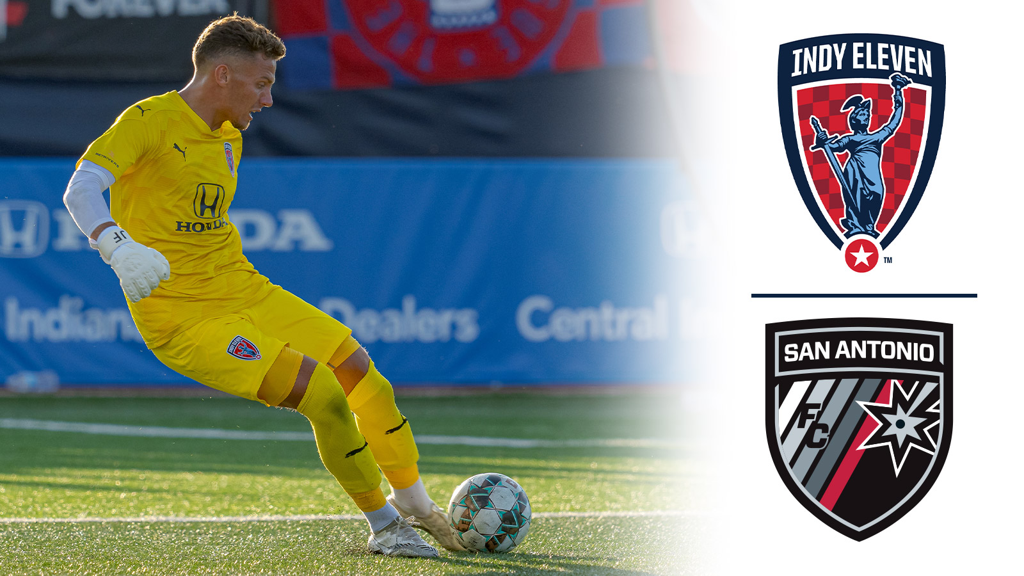 TAMPA/INDIANAPOLIS (Thursday, November 4, 2021) – Indy Eleven and San Antonio FC today announced that Indy goalkeeper Jordan Farr has been acquired by SAFC via a temporary emergency loan. Farr has joined the Texan side ahead of its game against San Diego Loyal SC tomorrow, Friday, Nov. 5, at Toyota Field in the Western Conference Quarterfinals of the 2021 USL Championship Playoffs.

San Antonio will host SD Loyal on Friday night at Toyota Field at 9:00 p.m. ET, with the game available live on ESPN+ and SiriusXM FC.

The emergency loan followed an injury to San Antonio’s Matt Cardone in its final game of the regular season this past Saturday night. San Antonio FC formally petitioned the league to register an emergency goalkeeper pursuant to the league’s Emergency Goalkeeper Exemption for the playoffs. This petition was approved by the league’s Compliance and Registration Departments.

“In the spirit of competition, Indy Eleven is glad to work with the USL Championship, San Antonio FC, and Jordan Farr in facilitating this unique short-term loan. As we have done in similar circumstances with Evan Newton and Kristian Nicht in past seasons, Indy Eleven is proud to provide such opportunities for our players to rise to the occasion, and we look forward to seeing Jordan do just that should he be called upon,” explained Greg Stremlaw, Indy Eleven President & CEO.

Farr recorded 72 saves, five shutouts and a goals-against average of 1.33 during his 21 appearances across Indy Eleven’s recently concluded 2021 USL Championship regular season. After missing two months due to a wrist injury during the middle of the season, Farr enjoyed some of his best performances in the closing weeks of the campaign, highlighted by his first career appearance on the USL Championship Team of the Week presented by Cleer Audio for Week 26 following a five-save effort in a 1-0 win over Louisville City FC on Oct. 16.

The Salem, Ore.-native also earned back-to-back Championship Save of the Week nods for impressive reaction stops during the afore-mentioned win over LouCity and a 1-1 draw with FC Tulsa in Week 27 play.

The fourth-year professional has spent his entire pro career up to this point with Indiana’s Team, collecting 34 appearances across regular season and postseason action overall while recording 10 shutouts. Farr is no stranger to the postseason, having collected a 2W-1L-0D record and 1.00 goals against average during three appearances in the Eleven’s run to the Eastern Conference Final of the 2019 USL Championship Playoffs.