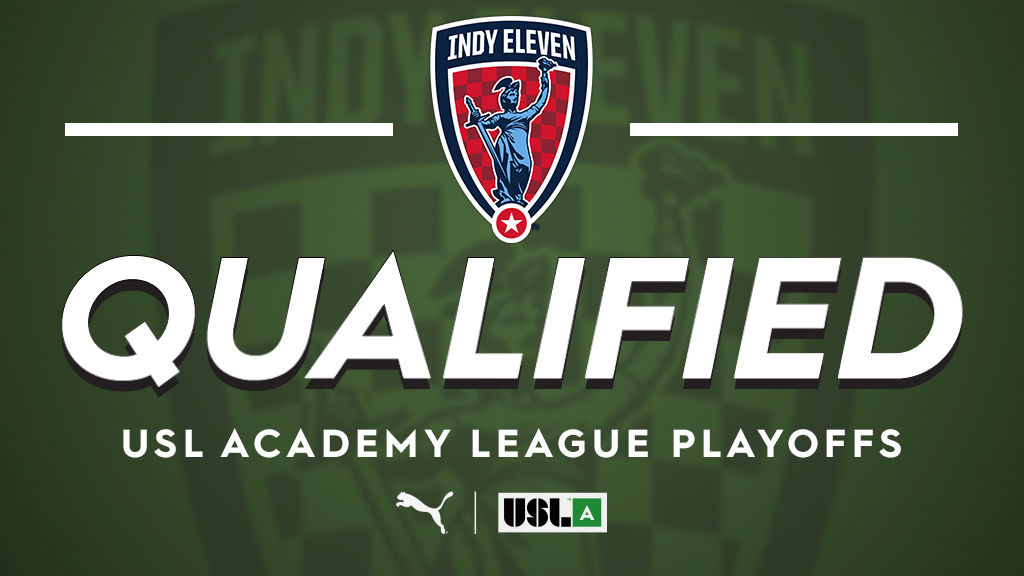 As Victor of League’s East Central Conference, U-19 Side to Represent Indiana’s Team in Inaugural Tournament from Dec. 2-5 in Tampa

TAMPA/INDIANAPOLIS (Thursday, November 4, 2021) – The United Soccer League (USL) today announced the eight-team field that will compete for the title of 2021 USL Academy League Champions during the league’s playoffs to be held from Dec. 2-5 in the Tampa area.

That list of competitors includes the Indy Eleven squad that captured the East Central Region’s regular season title during the USL Academy League’s inaugural 2021 season. The Indy Eleven team containing players from the U-15 through U-19 ranks captured the East Central race by ending the season with a 6W-3L-0D record, its 18 points allowing the squad to finish three points clear of second-place Louisville City FC.

“The entire Indy Eleven organization congratulates the young men who have represented our club in impressive fashion throughout our first season of USL Academy play. We wish them continued success and invite our fans to join in supporting this promising group of Boys in Blue during the playoffs in Tampa next month,” said Indy Eleven President & CEO Greg Stremlaw.

The winning teams from Group A and Group B will square off in the USL Academy League Final on Sunday, December 5 at 6:30 p.m. ET at Al Lang Stadium in Saint Petersburg, home of USL Championship’s Tampa Bay Rowdies. Streaming information will be shared at a later date.

The six teams that do not advance to the Final will play a fourth match on Dec. 5, with the seventh place and fifth place games taking place at 11:00 a.m. ET at the Waters Sports Complex, while the third-place game will kick off at 3:30pm ET at Al Lang Stadium as a prelude to the USL Academy Final. For a breakdown of the full schedule and results, please visit www.usl-academy.com/playoffs.

Indy Eleven established a high bar for success in USL Academy action this past May, when the club’s U-13 and U-17 Boys entries qualified for their respective age groups’ finals during the USL Academy Cup, also held in the Tampa area. For all USL Academy competitions in 2021, Indy Eleven has partnered with the acclaimed Indiana Fire Academy (IFA) program based out of Westfield to establish the squads representing Indiana’s Team at the youth levels.

Following is the 23-player roster and coaching staff that will represent Indy Eleven during the USL Academy League Playoffs:

Established in 2019, the USL Academy program provides an elite youth platform to offer United Soccer League member clubs in the Championship, League One, and League Two. The setup comprises three key components – the Academy Cup, the Academy League, and USL Academy contracts – that allow clubs to develop a more clearly defined path for top youth prospects in their area to reach the professional level and sign directly with their senior team.