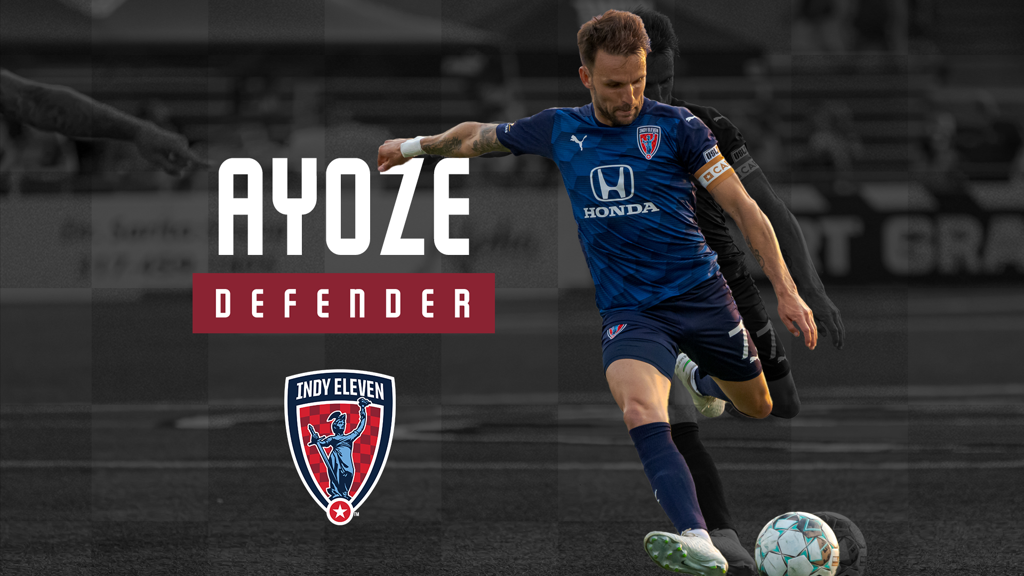 INDIANAPOLIS – Indy Eleven continued its run of re-signings for the club’s 2022 roster with today’s announcement that veteran midfielder Ayoze Garcia Perez will return for a fifth season with the squad. Per club policy, terms of the deal that brings the midfield maestro back to Indiana’s Team next season will not be disclosed.

“I am very excited to come back for my fifth season with Indy Eleven and to continue to be a part of this team and this organization,” said Ayoze. “I look forward to working with Coach Lowry and giving my all to ensure the team gives our fans a special season they can celebrate.”

The 35-year-old Ayoze showed no signs of slowing down in 2021, when he assumed the responsibility of the captain’s armband and finished the campaign with a team-high five assists. That performance marked the fourth time in as many seasons with the club in which he either shared or led the team outright in assists and boosted his club record in the category to 21. His eight goals also rank in the Eleven’s all-time top ten, placing ninth alongside his vice-captain during the 2021 season, fellow confirmed returnee Karl Ouimette.

“I am looking forward to working with Ayoze and using his experience and qualities to help push Indy Eleven back to the top end of the table,” said Indy Eleven Head Coach Mark Lowry. “I firmly believe he will help me and the staff set high standards with the professionalism he will bring to work every day.”

Ayoze’s 28 appearances last season (including 20 starts) were tied for the fifth most on the squad and landed the native of Puerto de la Cruz, Spain on 101 “caps” in official competitions (regular season, postseason, and Lamar Hunt U.S. Open Cup) with Indiana’s Team. Ayoze became the fourth member of the Eleven’s “Century Club” during Indy’s home finale on Oct. 23, and he ended his fourth season in the Circle City tied for third place in all-time appearances alongside Don Smart and behind only Ouimette (105) and Brad Ring (115).

Prior to joining Indy Eleven ahead of its first USL Championship season in 2018, Ayoze was a regular foe of Indiana’s Team during its NASL era as a member of the New York Cosmos, where he scored eight goals in over 120 appearances from 2013-17. Ayoze began his professional career in his native Spain, spending a 10-year run from 2003-12 across the country’s first and second divisions with Tenerife, Las Palmas, and Sporting Gijon.

Ayoze is the sixth player confirmed for the squad’s 2022 roster, joining the quintet of Ouimette, Manuel Arteaga, Neveal Hackshaw, Nicky Law, and Jared Timmer that was announced on Wednesday. As Lowry continues to settle into his role with club, Indy Eleven expects to make additional announcements surrounding its 2022 roster and coaching staff in the coming days and weeks.

As Lowry continues to settle into his role with club, Indy Eleven expects to make additional announcements surrounding its 2022 roster and coaching staff in the coming days and weeks.