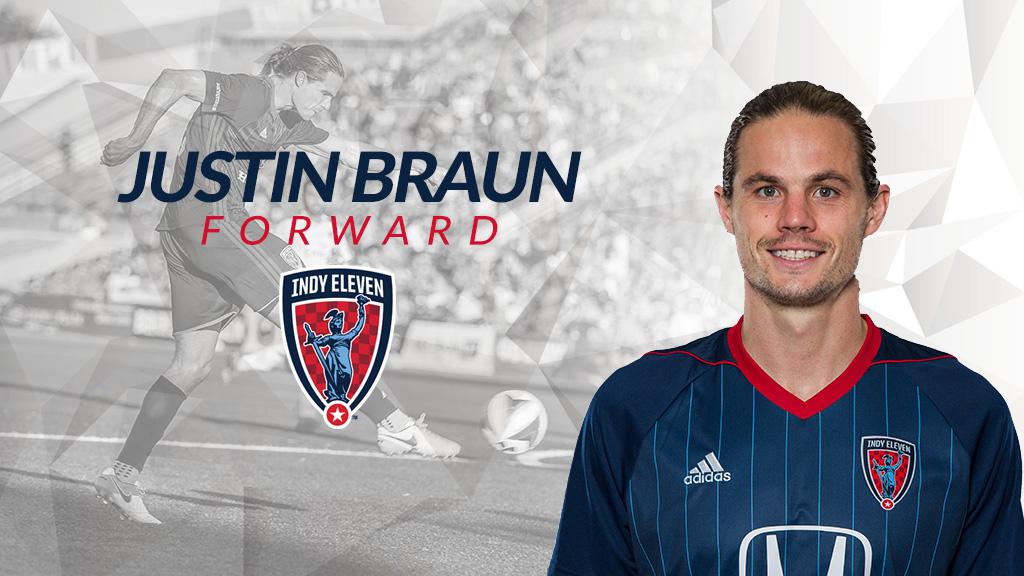 Indy Eleven Professional Soccer is announcing the signing of Justin Braun to its 2018 roster pending league and federation approval. Braun has been a mainstay with Indy Eleven since the 2016 campaign.

“I love playing in front of the best soccer fans in North America and I’m looking forward to coming back stronger and healthier to help the team succeed in the USL,” said Justin Braun. “I’m grateful to the medical and training staff that has made my recovery possible.”

Before a season ending ankle injury in late August 2017, Braun was a force on the pitch, leading the club in goals scored and assists. Over the past two seasons, Braun appeared 41 times for the “Boys in Blue,” scoring 15 goals and 10 assists.

Per club policy, terms of the contract for any player with Indy Eleven will not be released.