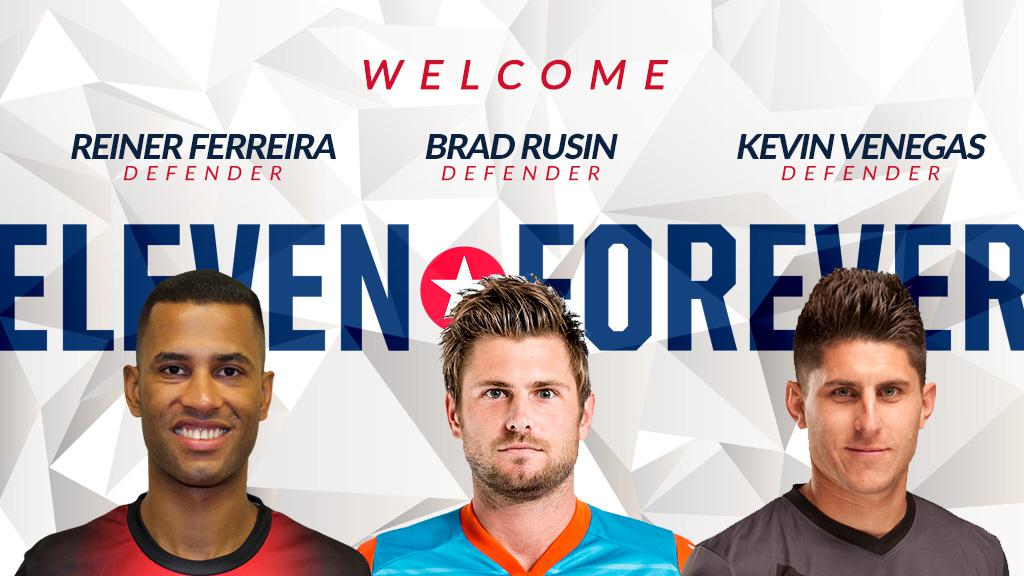 “I’m pleased to let Indy Eleven fans know we have our first new signings for the 2018 squad,” Indy Eleven Head Coach Martin Rennie said. “These players bring exceptional professional soccer experience and position expertise that will form the nucleus we need to build a dynamic and exciting team.”

“I’m thrilled to be joining Indy Eleven,” said former San Francisco Deltas defender Ferreira. “The feeling of winning a championship is incomparable and Coach Dos Santos and I know that firsthand from last year’s success in the NASL.”

Ferreira led San Francisco’s back line all year long, starting in 31 games and finishing as the league leader in interceptions with 86.

Rusin, who was born in Crown Point, Indiana, has 73 appearances under Coach Rennie during stints with North Carolina in the USL and Vancouver in MLS. Most recently, Rusin spent time with Miami FC as part of their stellar defending corps that led the NASL in goals against in 2017.

“It’s quite special to come back home to the state I was born and raised in to play for Indy Eleven and its great fans,” said Rusin. “I’m excited to get to work on making 2018 a memorable year for soccer in Indianapolis.”

Venegas joins the “Boys in Blue” after spending the last six seasons with Minnesota United FC. The right back was one of the first two Major League Soccer signings in Minnesota United FC history and in 2015 earned a spot in the NASL Best XI.

“I am very excited and anxious to play for Indy Eleven,” said Venegas. “I can’t wait to contribute to an already highly competitive club and hear the support of the Brickyard Battalion every weekend.”

Per club policy, terms of the contract that bring these players to Indy Eleven will not be released. Ferreira will officially join Indy Eleven upon receipt of his P-1 Visa.