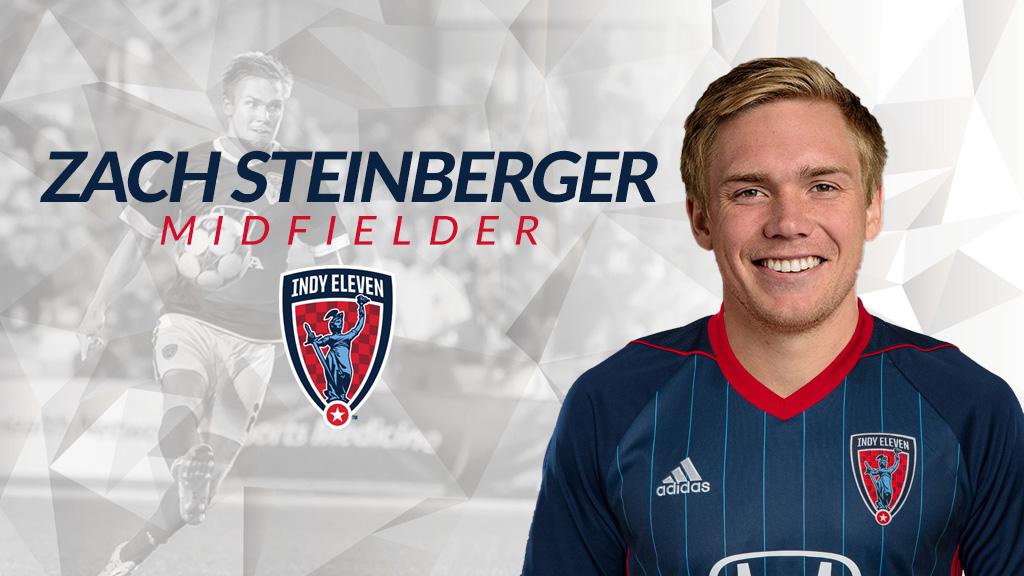 Indy Eleven Professional Soccer announces the signing of Zach Steinberger to its 2018 roster pending league and federation approval. Steinberger is a 2014 Butler graduate and scored his two first professional goals while on loan to Indy Eleven against Jacksonville Armada FC in 2015.

“Zach Steinberger will be a huge asset to the 2018 team,” said Coach Martin Rennie. “His professional career really began in Indianapolis and I can’t wait to see what he brings to the team with his reputation as a dangerous goal-scoring player.”

“I felt very fortunate to play in front of my college hometown fans and in front of the best fan-base in North American soccer when I came here on loan,” said Steinberger. “It’s amazing now to see where the club is today. It’s a testament to what the club is doing right. I hope to mimic Indy Eleven’s progress as an organization with my progress on the field.”

As a Butler Bulldog, Steinberger was named to the 2013 All-Big East First Team. He made his professional debut with the Houston Dynamo FC after being selected in the first round of the MLS SuperDraft in 2015. Steinberger signed full-time with Jacksonville Armada FC in 2017 after a half-season loan in 2016. He contributed 12 goals in 52 appearances with the NASL team.