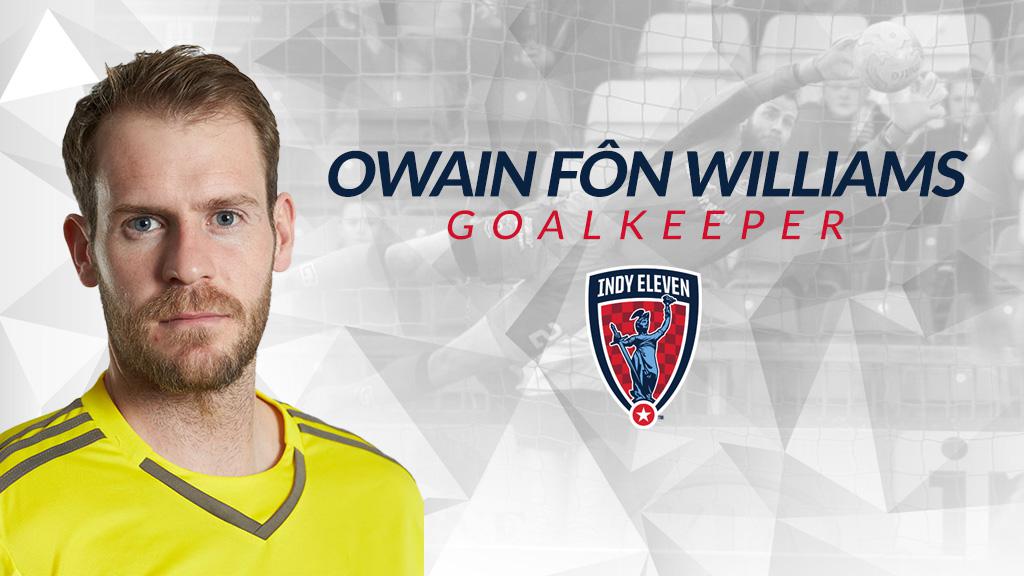 “Owain has played more than 400 games as a professional and has tournament experience at an elite-level,” said Coach Martin Rennie. “He will bring great leadership to our group and we are very excited to have him.”

“I would like to thank Coach Martin Rennie for giving me the opportunity to wear the Indy Eleven shirt for this coming season,” said Williams. “I’m very excited to get between the posts in our new home, the incredible Lucas Oil Stadium with the Boys in Blue. I’ve heard so much about the Brickyard Battalion, and I can’t wait to play in front of all of our supporters. This season is ours!”

Williams will be joining the team on loan for the 2018 season from Scottish Championship club Inverness Caledonian Thistle whom he joined in 2015. He made 71 appearances for Inverness including starting in the club’s first ever Europa League match in 2015.  He was also a member of the Wales squad that reached the semi-finals of UEFA Euro 2016. Before making the move to Scotland, the Welsh keeper made 271 appearances for four different clubs throughout the English Football League.