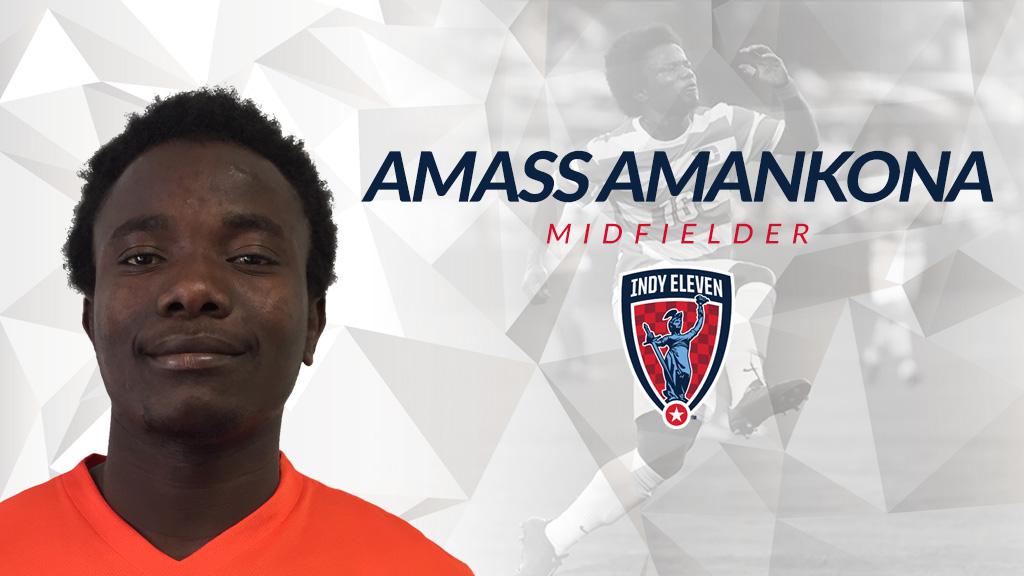 “Amass is an exciting, very talented attacking midfielder,” Indy Eleven head coach Martin Rennie said. “He brings with him creativity and the ability to score goals.”

Amankona collected several collegiate honors at the University of Dayton which include being named the 2015 Atlantic 10 Conference MVP and Midfielder and a MAC Hermann National Player of the Year semifinalist the same year. From there, Amankona went on to make 14 appearances for USL PDL side Charlotte Eagles, where he scored three goals and three assists. In 2016, Amankona was the 46th overall pick in the Major League Soccer SuperDraft by Real Salt Lake, but played for the club’s USL affiliate squad, Real Monarchs, scoring one goal in 26 appearances. Last season, Amankona returned to the USL PDL in the Dayton Dutch Lions lineup.