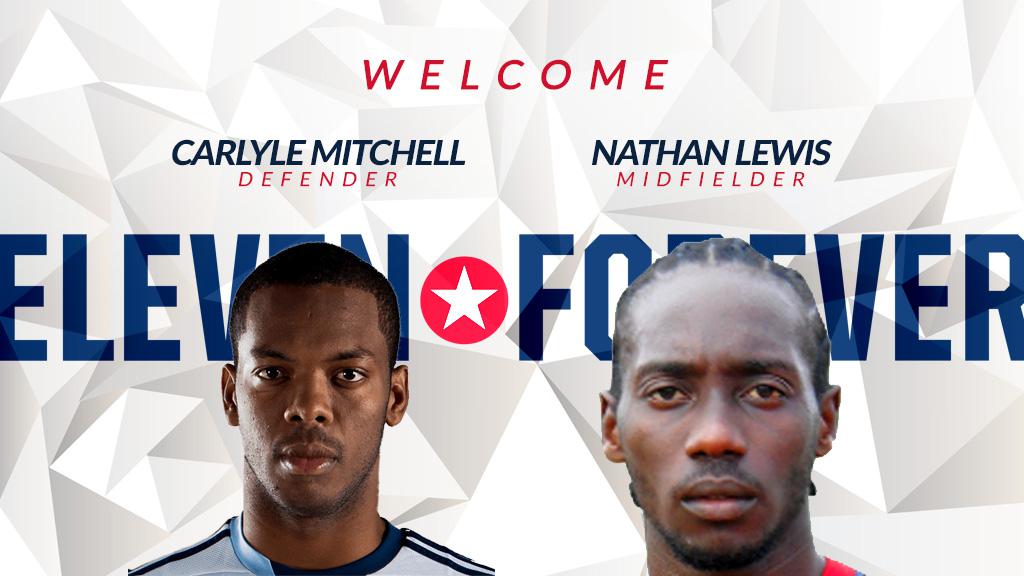 Indy Eleven Professional Soccer announces the signing of defender Carlyle Mitchell and forward Nathan Lewis to its 2018 roster pending federation approval. Both Mitchell and Lewis arrive in Indianapolis from Trinidadian side Central FC.

“I’m very excited to work with Carlyle, again,” Indy Eleven head coach Martin Rennie said. “He was the second best in the K-League when I coached him in Korea. He’ll be an excellent defender that will bring a great goal threat on offensive set plays.”

“Nathan Lewis is a fast, dangerous winger, who is rated as one of the most exciting prospects in Trinidad & Tobago at the moment,” Coach Rennie said. “We're very happy that he has chosen to join Indy Eleven.”