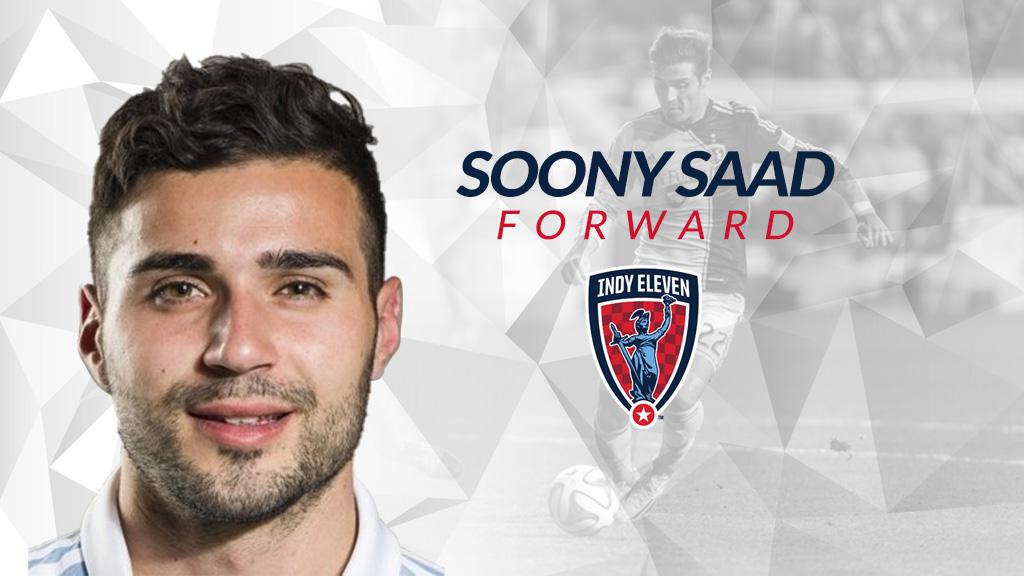 “Soony is a dynamic attacking player who has a wealth of experience in MLS play as well as with the Lebanese National Team,” Indy Eleven head coach Martin Rennie said. “He’s a significant, high-caliber signing for our club that brings top tier success on the pitch, but is still young and has a bright career ahead of him.”

In 2011, Saad signed his first professional contract with MLS’ Sporting Kansas City after a successful collegiate career at University of Michigan. During his first four years with SKC, Saad scored eight goals in 58 appearances. Additionally, Saad collected a MLS Cup in 2013, as well as Lamar Hunt U.S. Open Cup honors in 2012.

In 2016, Saad signed for Thai League 1 side Police Tero FC, where he scored nine goals in 28 appearances. Saad made his return to SKC last season, making a total of 12 appearances and tallying a single assist.