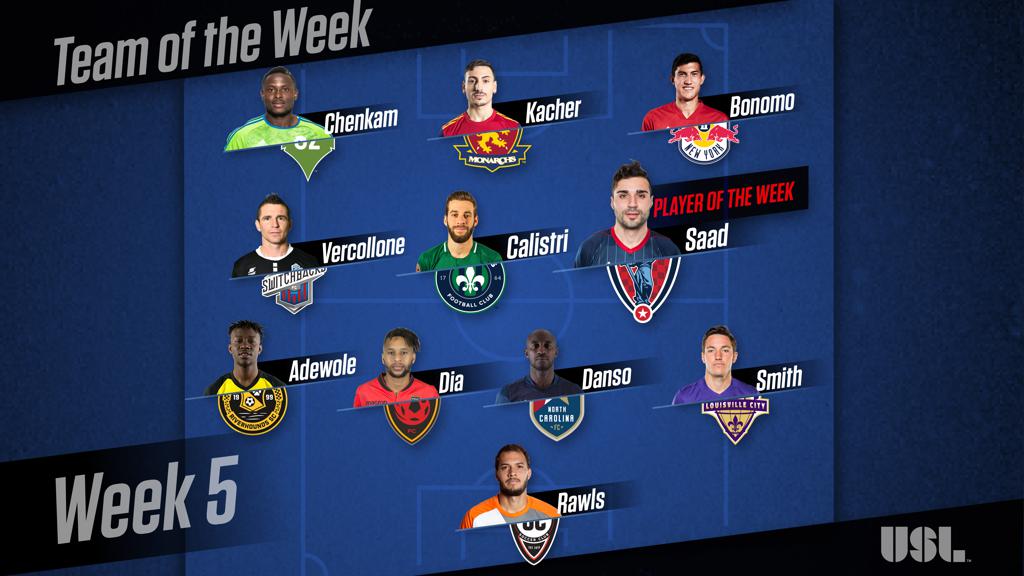 Indy Eleven midfielder Soony Saad has been voted the USL Player of the Week for Week 5 of the 2018 season. Saad scored both goals, including a 35-yard blast that landed at No. 5 on ESPN’s SportsCenter Top 10 on Saturday night, in the Eleven’s 2-1 victory against Nashville SC at Lucas Oil Stadium.

Saad now stands as Indy Eleven's top goal scorer with forward Jack McInerney and Tyler Pasher tied in second with one goal each.  Additionally, Saad has completed 100 percent of his tackles during the 303 minutes he's been on the pitch this season.

In 2011, Saad signed his first professional contract with MLS’ Sporting Kansas City after a successful collegiate career at Michigan University. During his first four years with SKC, Saad scored eight goals in 58 appearances. Additionally, Saad collected a MLS Cup in 2013, as well as Lamar Hunt U.S. Open Cup honors in 2012. In 2016, Saad signed for Thai League 1 side Police Tero FC, where he scored nine goals in 28 appearances. Saad made his return to SKC last season, making a total of 12 appearances and tallying a single assist.

Indy Eleven return to action on the road in Week 7 when they take on Charlotte Independence on Saturday, April 28 at 7:00 p.m. Days later, the “Boys in Blue” return home to welcome back FC Cincinnati on Wednesday, May 2, at 7:00 p.m. and Louisville City FC on Saturday, May 5, at 12:00 p.m. Tickets are available for both home fixtures at www.IndyEleven.com or by calling (317)685-1100.

D – Futty Danso, North Carolina FC: Danso helped hold the Charlotte Independence to only two shots on goal with 10 clearances and also won 12 of 16 duels and aerial duels during his side’s 2-0 road victory.

M – Luke Vercollone, Colorado Springs Switchbacks FC: Vercollone recorded a goal and an assist and completed 20 of 24 passes to lead the Switchbacks to victory against Reno 1868 FC.