Three keys to making the most of our bye week 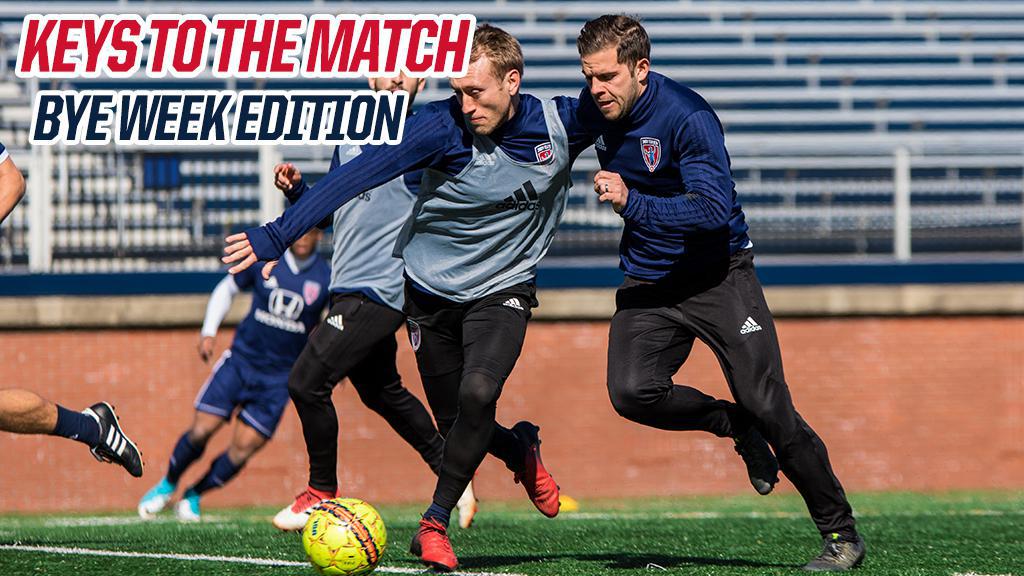 After every game in 2018, IndyEleven.com’s Drew Kamaski will give his three takeaways from the performance of the “Boys in Blue.” This week's edition comes after the "Boys in Blue" find down time during their bye week.

A well-placed week off was much needed for the “Boys in Blue” who are about to have a busy month of May. Recuperation was the focus of the bye week as several “Boys in Blue” attempt to return to the starting XI after a difficult start to the season.

“With six games coming up in May, this bye week was positioned perfectly,” said Brian Gerlach, Indy Eleven’s Head Athletic Trainer. “The coaches have done a great job of balancing the training load with adequate rest, helping maintain everyone’s fitness.”

“Indiana’s Team” faces the challenge of three games in the next two weeks. The first is on the road against Charlotte Independence on April 28, followed by both FC Cincinnati at home on May 2 and Louisville City FC three days later on May 5. Expect the squad to rotate slightly each game in order to keep the “Boys in Blue” fresh and fit.

“We knew that when we built a squad that we would need a lot of good players and that’s helped us already,” said Indy Eleven head coach Martin Rennie. “Depth has been very important so far.”

Still in the Top Four

The bye-week has come and gone. Indy Eleven remain in fourth place despite not participating in Week Six action. Pittsburgh Riverhounds SC and FC Cincinnati had a chance to move past “Indiana’s Team” in the table over the weekend. Both Eastern Conference teams needed to secure three points in their game against each other over the weekend to top Indy Eleven. The teams shared a point each in a 2-2 stalemate, which meant neither team could knock the “Boys in Blue” down.

Nashville SC has a chance to shift the Eastern Conference standings Tuesday night. Should Nashville defeat a winless Penn FC, they will move one point clear of Indy Eleven and claim fourth in the East with 10 points. Nashville’s potential one point lead, should they win, may be short lived.

Indy Eleven play Charlotte Independence four days later on April 28. If “Indiana’s Team”, who is undefeated on the road this season, secures three points on the road then they stand move up in the table pending New York Red Bulls II and Tampa Bay Rowdies results on Saturday. However, if Charlotte defeats Indy the “Boys in Blue” may drop spots in the Eastern Conference.

The next two weeks will be the most difficult for the “Boys in Blue” thus far this season. Indy Eleven will face Charlotte Independence away from home on April 28. A short week follows as “Indiana’s Team” seeks revenge against rivals FC Cincinnati on May 2, who defeated Indy Eleven 0-1 in Indy’s home opener. Three days later, the “Boys in Blue” face Louisville City FC at home for the first time this season.

Don't miss any of the action at Lucas Oil Stadium. Indy Eleven welcomes back FC Cincinnati on Wednesday, May 2 at 7:00 p.m. and Louisville City FC just three days later on May 5 at 12:00 p.m. Click here to save big when you purchase tickets to both Rivalry Week matches.