INDY ELEVEN'S AYOZE NAMED TO USL TEAM OF THE WEEK 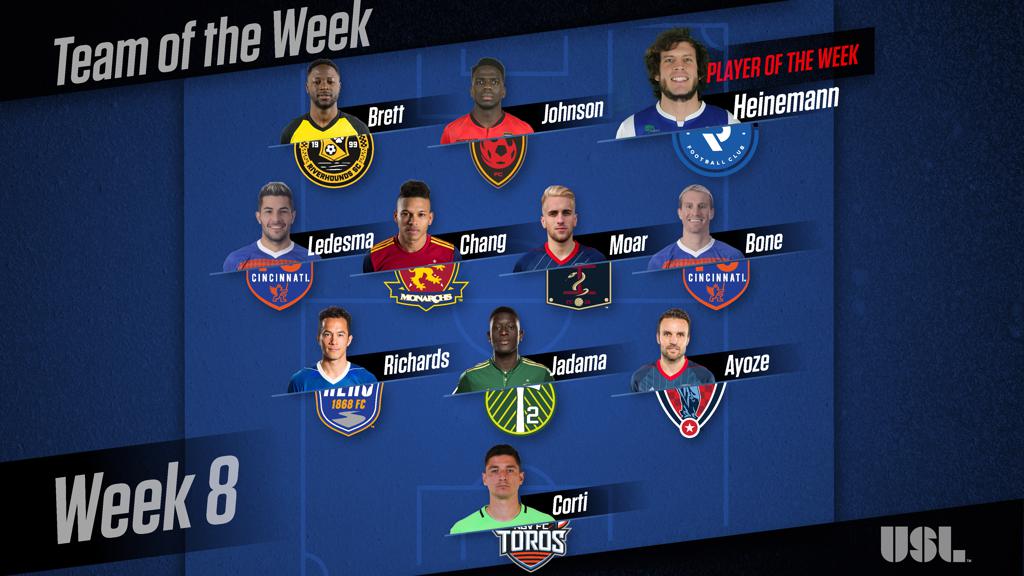 Indy Eleven defender Ayoze Garcia has been named to the USL Team of the Week for Week 8 of the 2018 season. Ayoze netted his first two goals for Indy in two Week 8 fixtures from penalty kicks, and tallied five tackles and interceptions. So far this season, Ayoze has clocked 450 minutes on the pitch in his five appearances in the starting XI.

Puerto de la Cruz-native Ayoze was a staple in the New York Cosmos’ defensive lineup over the last five seasons. During his tenure, Ayoze appeared in 119 regular season matches and logged over 10,000 minutes of play time. Additionally, Ayoze scored a total of eight goals and had 14 assists during his Cosmos career. He was a NASL Golden Ball nominee and featured in the NASL Best XI.

The “Boys in Blue” are on the road in Week 9 as they take on the Eastern Conference’s lone undefeated team, Pittsburgh Riverhounds SC this Friday at 7:00 p.m. “Indiana’s Team” will return home to Lucas Oil Stadium in Week 10 to take on Bethlehem Steel FC on Saturday, May 19 at 8:00 p.m. Fans can reserve tickets for as low as $15 at www.IndyElevenTickets.com or by calling (317)685-1100.

GK – Nico Corti, Rio Grande Valley FC: Corti recorded a five-save shutout, his second of the season, as the Toros earned a point in a 0-0 draw with Reno 1868 FC last Wednesday.

D – Brent Richards, Reno 1868 FC: Richards recorded eight interceptions, seven clearances and went 15 of 23 in duels, as 1868 FC recorded a pair of shutouts on the road over the week.

D – Modou Jadama, Portland Timbers 2: Jadama scored the second goal in T2’s victory against Sacramento on Wednesday and recorded 11 clearances and won 14 of 22 duels as the side posted two shutouts on the week.

M – Corben Bone, FC Cincinnati: Bone recorded two goals and one assist, as Cincinnati took a pair of victories against Indy Eleven and ATL UTD 2 over the week.

M – Maikel Chang, Real Monarchs SLC: Chang scored the first goal in Zions Bank Stadium history and provided the assist on a late game-winner in a 2-1 victory against Orange County on Friday night.

M – Santi Moar, Bethlehem Steel FC: Moar had one goal, one assist and had four key passes in a standout display for Steel FC in a 3-1 victory against the Richmond Kickers on Sunday afternoon.

M – Emmanuel Ledesma, FC Cincinnati: Ledesma had two goals and one assist, as FC Cincinnati took its third consecutive victory in a 4-2 win against ATL UTD 2 on Saturday night.

F – Tommy Heinemann, Penn FC: Heinemann scored twice against his former club as Penn took its first win of the season with a 3-0 victory against the Tampa Bay Rowdies last Friday night.