Watson shares his passion for soccer and music 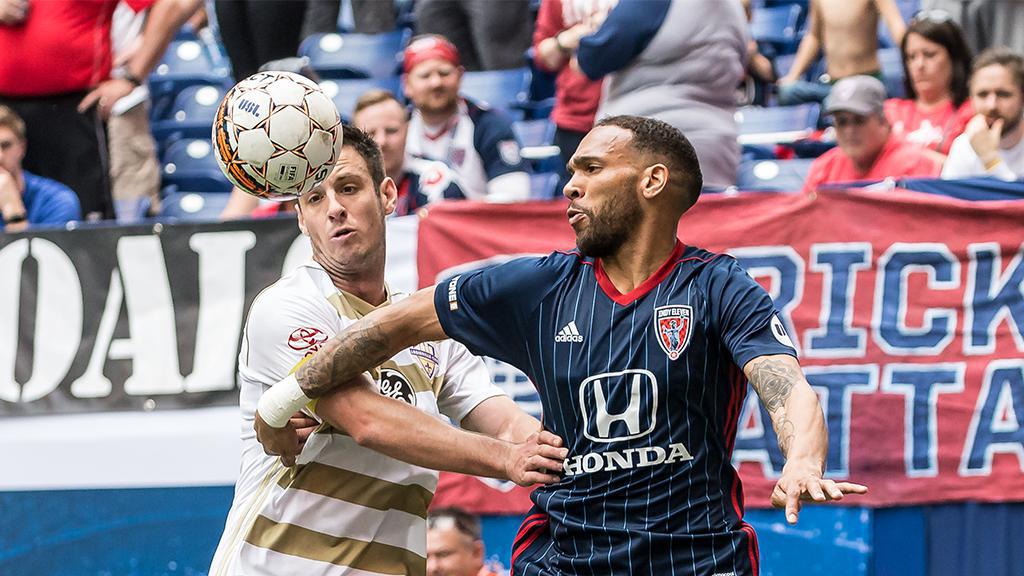 Growing up, Indy Eleven midfielder Matt Watson spent just as much time listening to music as he did on the pitch with a soccer ball at his feet. The Redditch, England native admired musical idols such as Nas, Kanye West and 3G in his adolescent years.

“I spent a bunch of time just listening to music. I guess it was just inside of me, I don't know what it was.”

Where some kids bought sweets or toys with their spare cash, Watson invested in whatever individual songs he could afford for his boombox. In his early teenage years, music engulfed his life.

“I just kept buying CDs,” said Watson. “Pretty much all of the pocket money I would get, which was a few Pounds each week, from my mom and dad went to buying CDs. I would go to the store and I bought whatever singles I could afford. As I got older I got more pocket money and I would buy albums. I spent a bunch of time just listening to music.”

His fascination with music didn't end there. Influenced by Aaron, a friend from high school, Watson would add “musician” to his already diverse skill set.

“One of my close friends in school [Aaron] started making music when we were around 16-years-old, at least that's when I was introduced to making music,” Watson said.

Though laborious, Watson couldn't pull himself away from his computer seat.

“I was addicted,” Watson stated. “I would spend hours at the computer. I was just trying to make beats that sounded like Dr. Dre's. That was my whole thing.”

Watson lacked any sort of formal musical training. He relied heavily on his creativity when producing. Learning songs others wrote didn't interest Watson as much as creating something that was unique to him. Whether it was in his musical pursuits or his paintings, Watson preferred influence over direct emulation.

Watson's creativity flourished, along with his soccer skills.

He penned his first professional contract with USL's Richmond Kickers in 2006, following a short collegiate career at University of Maryland, Baltimore County. In his two seasons with the Kickers, Watson made 41 appearances, scoring 10 goals in that time. Outside of soccer, music continued to dominate the midfielder's, as well as his teammate's, spare time.

“Outside of soccer we pretty much did nothing,” Watson explained. “One of my teammates, Ed Hayden, said he could rap. I'd make beats everyday and give them to him. He'd write stuff and come down to my room to record. That's pretty much all I did at Richmond. When I wasn't playing soccer, I made music.”

Watson used his first few Richmond paychecks to upgrade his recording setup, which included new software, speakers, keyboards, a microphone and a record player. His apartment at the time wasn't the greatest, but Watson's recording suite became his personal sanctuary.

Watson's career in soccer was hitting its stride. In 2008, the midfielder signed for the Carolina Railhawks under head coach Scott Schweitzer. During this time, Watson continued producing music tracks, with his wife Catherine providing vocal recordings.

Creating music had been a hobby up to this point, but after sharing his demos with his teammates and coaches, Watson got his music in front of a record label.

“Scott heard my demo and gave it to a woman at a local record label,” Watson said. “She wanted to meet, so we met at her house where she offered to be my manager. We spoke with the label owner and he was very interested in having us on board.”

Watson was at a crossroads.

This was an opportunity to turn his other life-long passion into a career. As enticing as a career in music was, the life of a footballer is where he belonged. Loyalty to his team would quickly force his hand.

“At the time, I was playing soccer constantly,” Watson said. “In an ideal world, I would have loved to have taken that opportunity, but soccer was my career. I couldn't tell coach and the team that I was going to try and make music.”

A thriving soccer career and mounting, day-to-day responsibilities that came with family life saw his music production shift to the backseat. Limited time, having young children and the constant moving among teams, including stints with Major League Soccer’s Vancouver Whitecaps and Chicago Fire, over the years kept Watson from fielding a complete recording setup.

“Now, it's few and far between [when I get to record] because basically my kids get home from school around 2:30 p.m. and go to bed around 7:30 p.m.,” the midfielder explained. “I have proper responsibilities now. It's more difficult. I'm hoping to get setup again at some point.”

For Watson, the focus is now working to provide his children a similar experience with music to what he had growing up. As a child, Watson was brought up in a home where music was commonplace. He was exposed to various genres of music ranging from Reggae to Michael Jackson's 'BAD'.

Sharing his passion for soccer and music with his children has become a balancing act for Watson. His eldest has started to latch on to basic musical concepts after learning a few songs on the piano. Though he wants them to be attracted to both activities, he's also careful in making sure he allows his kids the freedom to pursue their own interests.

“Music is very prevalent in our household,” Watson stated. “I'm always playing music and dancing. It's something I would like to get them into, but I would also like them to get into soccer.”

It's been challenging to record in recent years, but Watson continues to find motivation on the pitch though music. The MLS veteran is selective in his listening choices, picking artists whose lyrics best represent himself on the field. As of late, Watson has drawn inspiration from the lyrics of Kendrick Lamar.

“He [Kendrick] presents himself with his music and I want to present myself on the field like that,” Watson said. “I don't want to be out there all 'flash' and no heart; I want to feel. Those are the people that inspire me the most. It kind of makes me feel fearless on the field.”

Watson confirms that a post-soccer music career is out of the question, claiming that the music industry is a young man's game. Watson looks back at the opportunity he passed up during his time in North Carolina, but his “all in” personality keeps him focused on his current game. Though a career in music isn't in the foreseeable future, music will always be there for him.

“It's kind of like soccer,” Watson said. “As you grow up, you mature. You'll eventually stop playing and then move on to coaching. In the music industry, you'll stop making music and you'll start working in other parts of the industry. I feel like I've missed that boat, being able to self-promote and go on tour. I don't think I have the personal energy, but I'll always make music.”