KEYS TO THE MATCH | #INDvCHS

Our three keys from our last home match against Charleston Battery 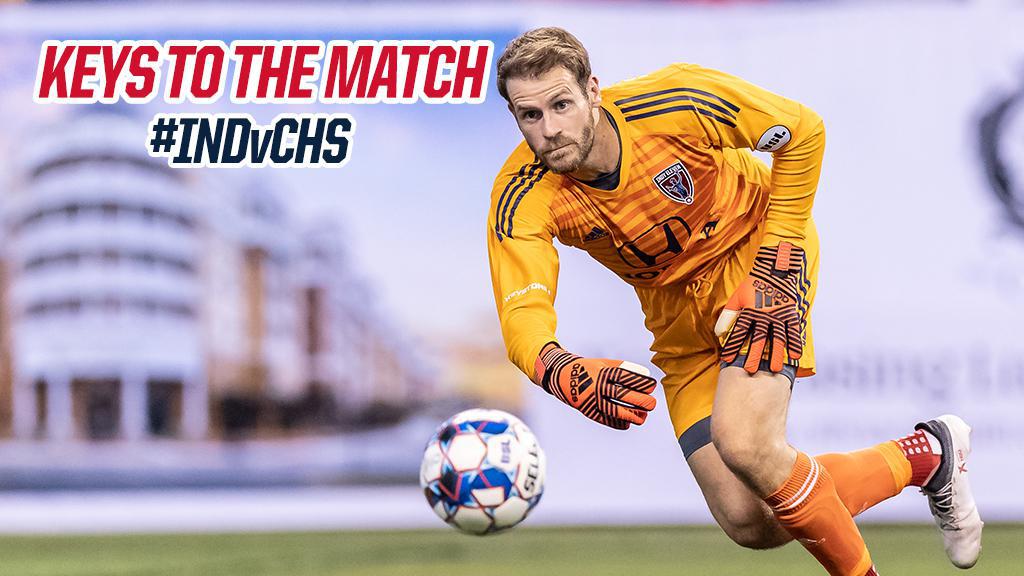 After every game in 2018, IndyEleven.com’s Drew Kamaski will give his three takeaways from the performance of the “Boys in Blue.” This week's edition comes after "Indiana's Team" drew level after a dramatic 3-3 draw against Charleston Battery.

Indy Eleven and Charleston Battery played one of the most exciting USL games in the Eastern Conference this season in last Wednesday’s six-goal thriller. The “Boys in Blue” converted three times, each conversion came from a dead ball situation. “Indiana’s Team” has been potent from set pieces and dead ball situations this season, finding the back of the net six times.

In the most recent match against Charleston Battery, the “Boys in Blue” converted one penalty and scored two world class free kicks. The first goal came from forward Soony Saad’s foot from nearly 40 yards out in the 43rd minute. Defender Ayoze followed up Saad’s goal by tucking away a penalty to level the game at 2-2 late in the second half. The Spaniard then converted a beautifully struck free kick to the top left corner, giving Indy a 3-2 lead in the dying moments of the match.

“We scored three great goals. Two world class goals,” Indy Eleven head coach Martin Rennie said. “The goals we scored from the free kicks were literally as good as you’re going to get.”

Put Them Through the Ring-er

The “Legend” had another stellar performance in the Indy Eleven midfield against Charleston Battery in Week 12. Midfielder Brad Ring captained the “Boys in Blue” for the entire 90 minutes against the Battery in a 3-3 draw.

Indy Eleven forward Soony Saad struck a free kick from much too far out to be taking shots on goal once again. Similar to his goal against Nashville SC, he let a rip from between 35-40 yards out. Except this time, the Lebanese international found the top right corner of the goal, leaving Charleston Battery goalkeeper Joe Kuzminsky flat footed.

Saad’s stunning goal is his fourth this season and second in as many games. The former University of Michigan standout appears to be hitting his stride after finishing a close in shot to the top right corner against Red Bulls II in Week 11 and finding the back of the net against Charleston Battery in Week 12. Saad is now tied for most goals on the team (4) with defender Ayoze.