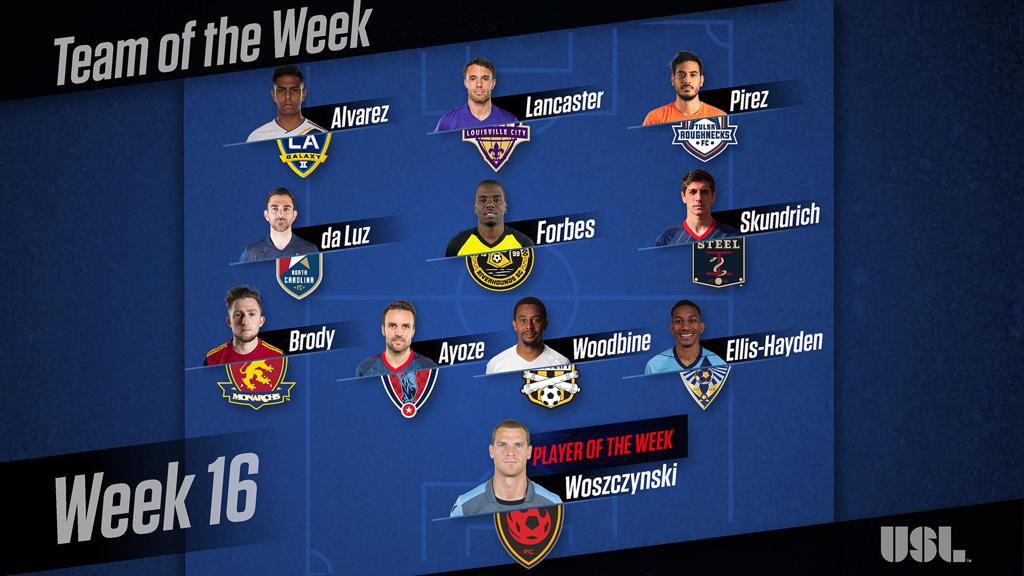 Indy Eleven defender Ayoze Garcia has been named to the USL Team of the Week for Week 16 of the 2018 season. The Spaniard recorded assists on both of Indy’s goals, as it handed Nashville SC its first home loss of the season last Tuesday night at First Tennessee Park. The performance saw Ayoze earn his third Team of the Week appearance in 2018, making appearances in Week 8 and Week 12.

In 2018, Ayoze has registered 1,170 minutes on the pitch, completing 22 clearances and interceptions in that time. Additionally, Ayoze has shone offensively by netting four goals and four assists.

Puerto de la Cruz-native Ayoze was a staple in the New York Cosmos’ defensive lineup over the last five seasons. During his tenure, Ayoze appeared in 119 regular season matches and logged over 10,000 minutes of play time. Additionally, Ayoze scored a total of eight goals and had 14 assists during his Cosmos career. He was a NASL Golden Ball nominee and featured in the NASL Best XI.

The “Boys in Blue” are kicking off on home turf against Ottawa Fury FC tomorrow night at 7:00 p.m. Three days later, “Indiana’s Team” finishes a three match home stretch at Lucas Oil Stadium against Charlotte Independence on Saturday, July 7 at 7:00 p.m.  Fans can reserve tickets for as low as $15 at www.IndyElevenTickets.com or by calling (317)685-1100.

GK – Carl Woszczynski, Phoenix Rising FC: Woszczynski recorded a seven-save shutout, as Phoenix took a 1-0 victory against Orange County SC despite being down to 10 men for 55 minutes.

D – O’Brian Woodbine, Charleston Battery: Woodbine had a goal and assist, as the Battery swept to a 4-0 victory against Toronto FC II on Sunday night to break a six-game winless streak.

M – Austin da Luz, North Carolina FC: Da Luz scored what proved to be the game-winner, having provided the impetus for North Carolina’s equalizer in a 3-1 comeback victory against the Richmond Kickers.

M – Kenardo Forbes, Pittsburgh Riverhounds SC: Forbes’ first goal of the season was the winner, as Pittsburgh took a 1-0 win on the road against Louisville City FC last Wednesday night.

F – Cameron Lancaster, Louisville City FC: Lancaster scored twice, including a highlight-reel finish from 45 yards, to put Louisville up at halftime in what turned into a 3-3 draw with the New York Red Bulls II.