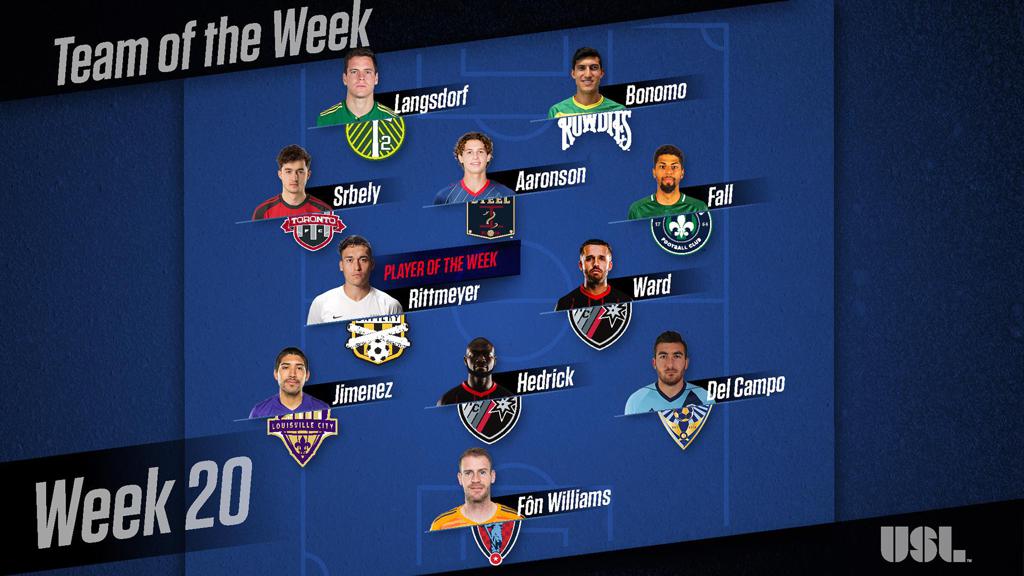 In 2018, Fon Williams has started every match so far, totaling 1,800 minutes of play. In that time, the Welshman has made 47 saves and kept eight clean sheets, putting him in a four-way tie for fourth most clean sheets across the USL.

Fon Williams joined the team on loan for the 2018 season from Scottish Championship club Inverness Caledonian Thistle. Fon Williams made 71 appearances for Inverness including starting in the club’s first ever Europa League match in 2015.  Additionally, Fon WIlliams was a member of the Wales National Team roster that reached the semi-finals of 2016 UEFA Euro Tournament. Before making the move to Scotland, the Welsh keeper made 271 appearances for four different clubs throughout the English Football League.

The “Boys in Blue” are on road once more on August 5 in a rematch against 2017 USL champions Louisville City FC. Ten days later, “Indiana's Team” will return to Lucas Oil Stadium to take on North Carolina FC for Networking Night. Fans can get tickets to the match on Wednesday, August 15 at 7:00 p.m. by visiting IndyEleven.com/Tickets or by calling (317)685-1100.

M – Brenden Aaronson, Bethlehem Steel FC: The 17-year-old Aaronson recorded his first goal and assist in the pro ranks as Steel FC swept to a 4-1 victory against ATL UTD 2 on Sunday evening.

M – Charlie Ward, San Antonio FC: Ward completed 65 of 65 passes and provided the assist on Ever Guzman’s late winner as SAFC defeated OKC Energy FC for the first time in its history.

M – Wal Fall, Saint Louis FC: Fall scored the game-tying goal from the penalty spot and then recorded the assist on Sam Fink’s stoppage-time winner as Saint Louis defeated Reno on the road.

F – Foster Langsdorf, Portland Timbers 2: Langsdorf scored a pair of goals to lead T2 to a 4-3 victory against the LA Galaxy II on Saturday afternoon at StubHub Center.

F – Stefano Bonomo, Tampa Bay Rowdies: Bonomo scored a pair of goals as the Rowdies played to a 2-2 draw with the New York Red Bulls II on Saturday night at Al Lang Stadium.