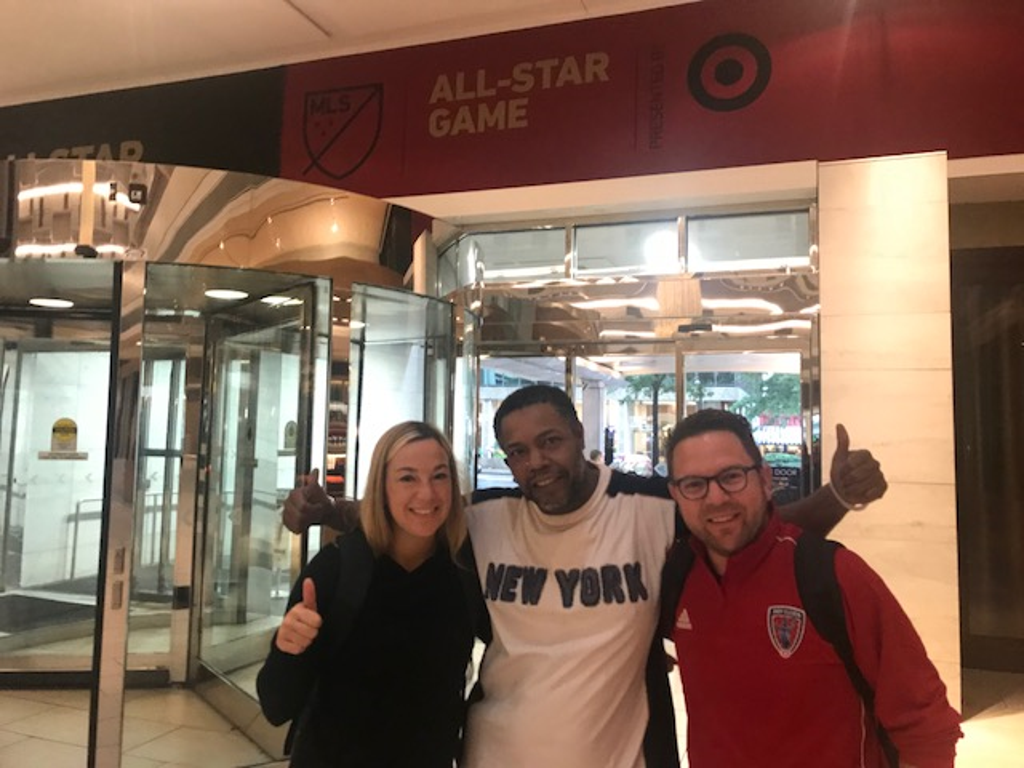 Earlier this year, the Indianapolis sports community joined forces to give philanthropic Hoosiers a chance to win big while fighting for their neighbors in Central Indiana. The High $5 Challenge allowed anyone who donated at least $5 to United Way of Central Indiana between January 25 and April 30, 2018, an opportunity to win a once-in-a-lifetime professional sports experience prize package.

Indy Eleven donated a trip for two to the 2018 Major League Soccer All-Star Game on August 1 at Mercedes-Benz Stadium in Atlanta, GA. Brian Cromwell and his guest were able to witness MLS All-Stars take on Serie A club Juventus before a record-breaking crowd of 72,000 fans.

“We are proud supporters of the United Way of Central Indiana and are pleased to be able to have Brian join us at the game,” said Indy Eleven president Jeff Belskus.

“We know of no other community across the country that has all its professional sports teams rallying for United Way,” said Mark Miles, co-chair of United Way’s 100th Anniversary Committee. “We thank the leaders at the Colts, Pacers, Indians, IndyCar, Indy Eleven, Indy Fuel and the Indianapolis Motor Speedway for coming together to support our great community during this special anniversary year.”

On May 11, 2018, United Way drew the names of seven winners who had the opportunity to choose which sports package they would like based on the order in which their name was randomly selected.