KEYS TO THE MATCH | #LOUvIND

Three keys from our latest match against Louisville City FC 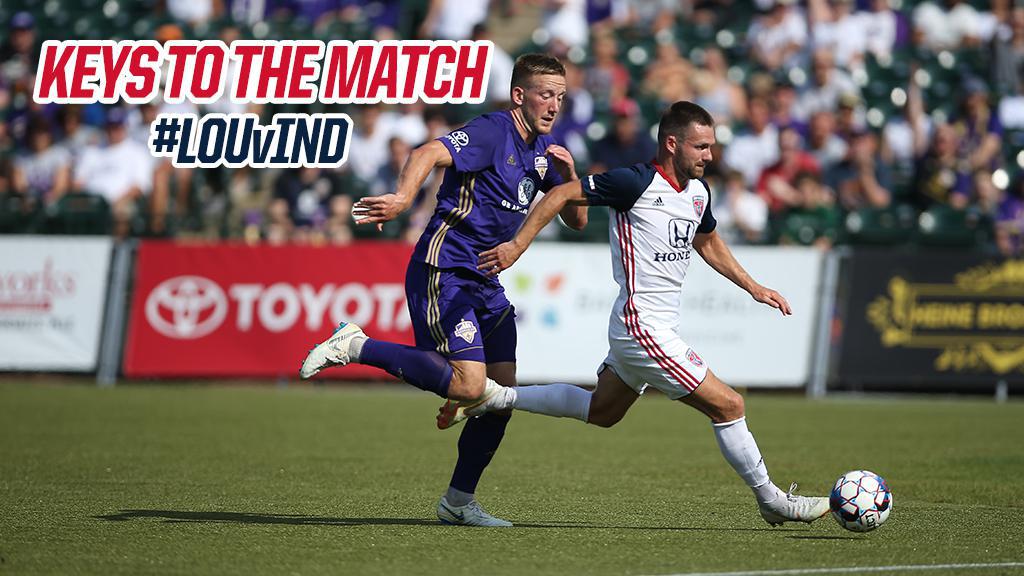 After every game in 2018, IndyEleven.com’s Drew Kamaski will give his three takeaways from the performance of the “Boys in Blue.” This week's edition comes after "Indiana's Team" drew level following a 2-2 draw against Louisville City FC.

Indy Eleven forward Jack McInerney is returning to form at the right time. He scored twice in the fixture against Louisville City FC, which tallied three for the forward in the last two matches. The brace brings his goal scoring tally to six in his first season with Indy Eleven, making him sole owner of most goals scored on the team.

The 26-year-old forward opened the scoring in the 16th minute after he slammed home a deflected cross off his forehead, which gave the “Boys in Blue” a 1-0 lead. His second came five minutes later after being played through by midfielder Matt Watson. McInerney was nearly one-on-one with Louisville defender Sean Totsch while getting his shot off. His shot trickled into the back of the net earning him his brace.

Indy Eleven midfielder Matt Watson displayed his dominance once more, demonstrating why he is the “Boys in Blue’s” captain. In addition to his assist, the Englishman managed to bunch up the midfield and shut down opposition passing lanes.

A clear example of Watson’s experience and ability to maneuver through opposition passing lanes came in the 21st minute. Watson read a back pass in the midfield as Louisville began to counter. After intercepting the pass, the 33-year old played a through pass to split the last two Louisville defenders, freeing McInerney for his second goal.

Inviting and absorbing pressure while remaining defensively stout has been a tactic deployed quite often by the Indy Eleven during the 2018 season. Often times, Indy Eleven head coach Martin Rennie looks to contain pressure and score off turnovers, defending that lead until the last whistle. Rennie’s tactics proved fruitful in the 21st minute, when a turnover in the midfield led to a counter-attacking goal.

When Louisville applied pressure, “Indiana’s Team” would immediately bounce back and reapply their own. After Louisville pressed in the first five minutes and earned a penalty that was saved, the “Boys in Blue” pushed back and scored twice. Following Louisville’s equalizer in the 59th minute, Indy Eleven applied pressure again instead of sitting back, and earned their own penalty that was ultimately saved. Despite the draw, Rennie’s side showed resilience and absorbed pressure, but also pushed back and refused to go down without a fight.