FORWARD EUGENE STARIKOV NAMED TO USL TEAM OF THE WEEK 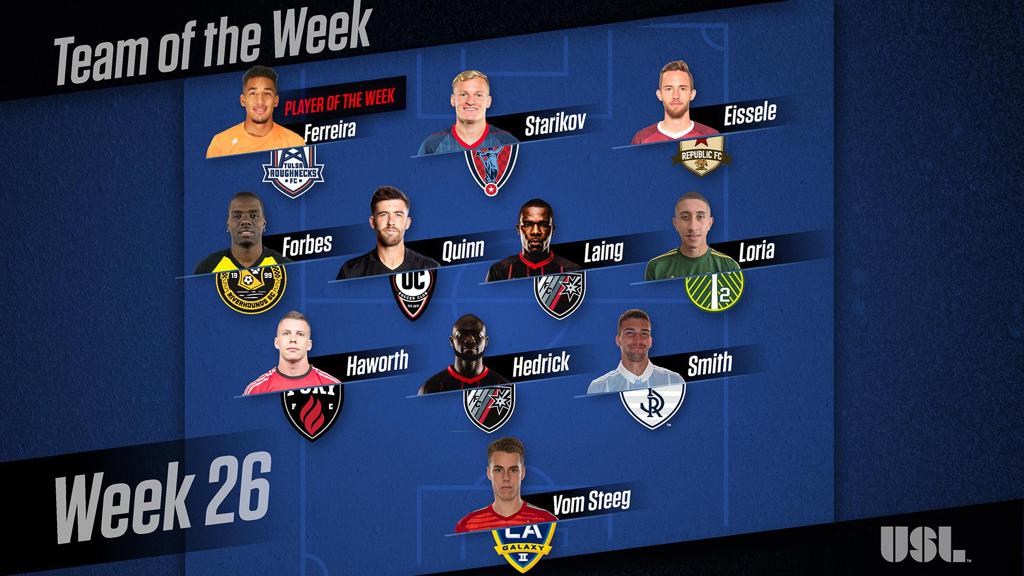 Indy Eleven forward Eugene Starikov has been named to the USL Team of the Week for Week 26. Starikov netted two first-half goals in his team’s 3-0 win over New York Red Bulls on September 5.

In 15 matches, the 29-year-old has found the back of the net five times, making him the second highest scorer on Indy’s roster this season.  Starikov has totaled over 970 minutes of play in 2018 for the “Boys in Blue”. In that time, he has completed three-fourths of his passes and intercepted the ball from opponents 12 times.

Prior to signing for “Indiana’s Team” this year, the Ukrainian-American forward played overseas in both the Russian and Ukrainian Premier Leagues before returning to the United States last season with the New York Cosmos, where he appeared in 25 games and tallied  four goals and one assist. Internationally, Starikov was called up to the United States Men’s National Team in 2011.

The “Boys in Blue” will face Penn FC on the road this Wednesday, September 12, at 7:00 p.m. Fans can catch all the action exclusively only ESPN+. New users can try ESPN+ free for seven days by visiting plus.espn.com.