In memory of Julie W. Ouimette 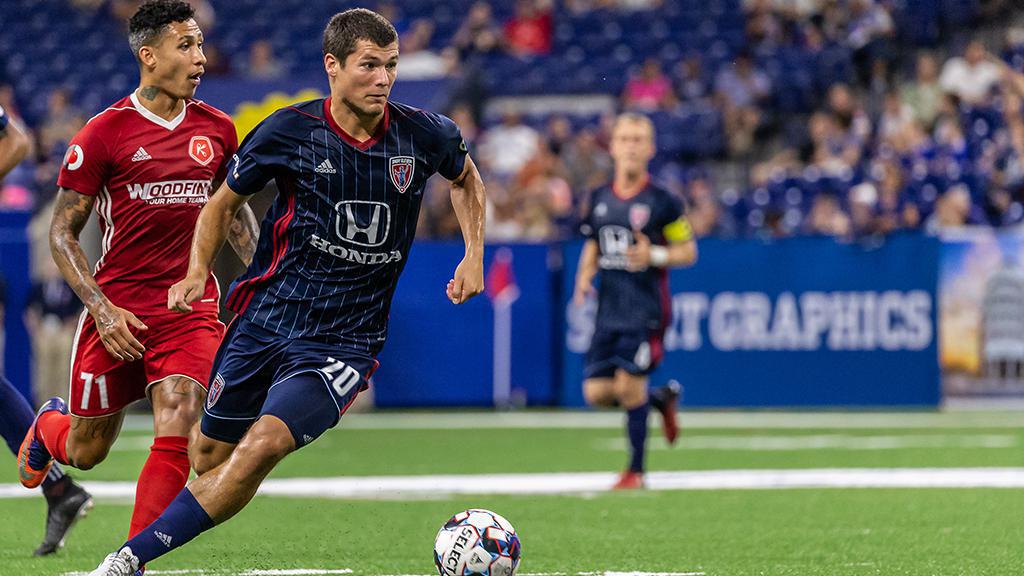 It’s easy to get lost in the festivities before kickoff. The chants, the cheers and the beating of drums as the players take to the pitch, who wouldn’t get distracted? It’s in these moments, though, you miss the little details from the players that prepare them for 90 minutes of nonstop action.

Before the whistle blows, defender Karl Ouimette briefly glances up at the sky to search for a familiar face before shifting his focus back to the game at hand. The face he’s searching for is his younger sister’s, Julie W. Ouimette.

“I always imagine her being on one of the clouds to look at the game,” said Karl. “It’s not a big thing, but just looking up and trying to figure out where she is.”

Julie passed away on September 1, 2014, after a 12-year battle with Philadelphia-positive acute lymphoblastic leukemia.

The nature of this type of cancer required her to undergo multiple bone marrow transplants and hundreds of blood transfusions.

“Leukemia is getting better treated, but she had different form of leukemia that made it more complicated,” Karl said. “She was strong enough to combat it, but we were always trying new solutions and experimental products, but it was just too strong.”

The Ouimette family tried a decades’ worth of treatments, but smiling seemed to be the medicine that worked best.

“It was super sad at first, but my parents told me ‘you got to keep smiling,’” Karl recalled. “’If you don’t smile, well, it’s bad for everyone, especially her.’ She was happy, so we needed to keep it that way so she kept fighting.”

Julie was 8-years-old when she was first diagnosed, but that didn’t deter her from living a normal life. She enjoyed creative activities, such as drawing and painting her favorite Disney characters and other mythical creatures, unlike her sports-minded 10-year-old brother Karl.

“Everything had a lot of colors, joyful,” said Karl. “Even in the tough moments where she was in the hospital it was always nice drawing about life, about joy, happiness.”

The happiest moments came when Julie’s wish for her and her family to travel to Disney World was granted by the Make-A-Wish Foundation.

“Although it’s a difficult situation being sick, Make-A-Wish puts you in a place where they say ‘No, you deserve to live. You deserve to make your dreams come true,’” Karl said.

The trip was filled with moments that the Ouimette family will never forget. The then 14-year-old Julie was handed the key to her fantasy world. She enjoyed unlimited access to all of her favorite attractions and met the Disney Princesses that inspired her artwork.

“It was a very magical experience for her,” said Karl. “It’s special because nobody can do that. It’s magical and it’s amazing to have those experiences that are unique.”

Karl began his professional soccer career with Major League Soccer’s Montreal Impact during his sister’s illness. Some conditions made it hard, but Julie made every effort to support her older brother, just as he supported her off the field.

“It’s very important to know that Karl’s sister came to every game,” said former Impact teammate Wandrille Lefèvre. “She followed the Impact closely. She was very involved with what happened with the team.”

After her passing, Karl’s former team remembered her by wearing black armbands during the club’s match against Houston Dynamo on the road on September 6, 2014.

Impact, both club and supporters, continued to honor Julie when the team returned home to Saputo Stadium the following Wednesday against LA Galaxy. It was a moment that Karl wouldn’t forget.

“I entered the field as a sub, but the supporters and the club announced that the 34th minute would be, that was my number at the time, a minute of silence. We all kept playing, but it was just silent. That was a special way to dedicate it to her.”

Julie’s happy disposition never faded. She continued to share her infectious smile with everyone she met. Julie’s hopeful outlook inspired her to want to study ergo therapy, which is the use of physical activity and exercise to help treat diseases.

Julie never got to be an ergo therapist, but she managed to help different ways. Throughout her illness, she advocated for blood donation awareness and support for young adults dealing with cancer. The Ouimette family continues to honor her memory with an annual blood drive, bringing those who were close to her together to help those in need.

Next time you see Karl looking to the clouds before kickoff, take a look yourself. You might find Julie looking back, smiling and ready to cheer on her older brother.