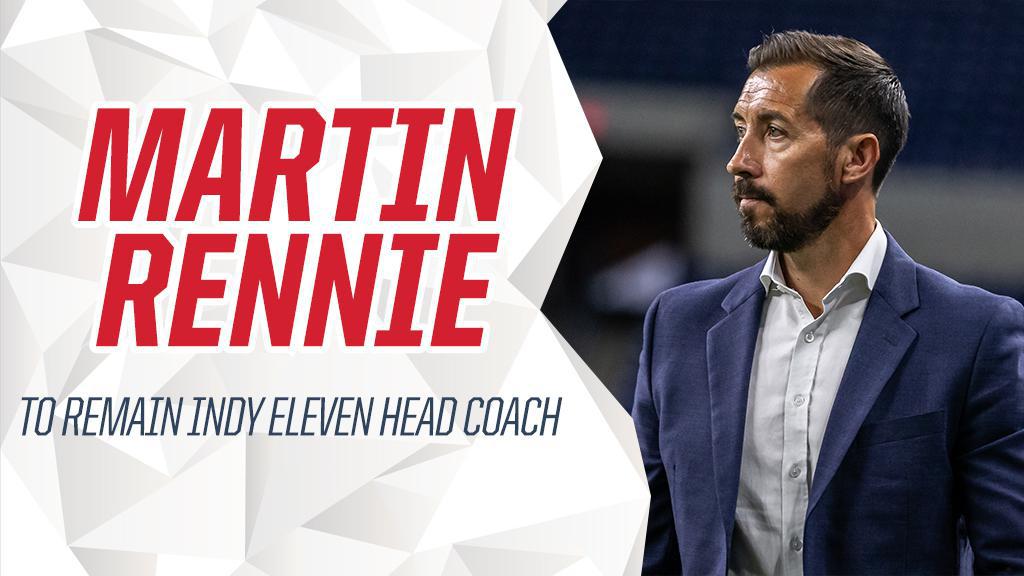 Indy Eleven Professional Soccer announced today that Martin Rennie will continue to lead as head coach for the 2019 season.

“Indy Eleven is pleased to continue working with Martin Rennie in 2019,” said Indy Eleven owner Ersal Ozdemir. “His experience and determination in his first year of coaching led the team through a successful season and a playoff appearance. We’re excited to see what he can accomplish in the upcoming season.”

Rennie, a United Soccer League and Major League Soccer veteran, joined Indy Eleven on January 16, 2018. The 43-year-old Scotsman led his side to a playoff berth in its inaugural USL season after having just over eight weeks to assemble a squad. Rennie’s 17-year coaching career has seen him lead in every professional level in the United States and a stint overseas in South Korea.

“I’m very happy to be continuing my work with Indy Eleven," said Rennie. “I’m an ambitious coach, so it’s a privilege to work with Ersal Ozdemir, who is such a committed owner. His vision for the future of the club is one that I believe will bring soccer to an entirely different level in Indiana. It’s exciting to be a part of it.”

“Our fans are among the best in North America and have supported the club tremendously,” said Rennie. “They deserve a great team on the field and we’re working diligently to repay the faith they’ve shown in us.”

Join Coach Rennie and the rest of Indiana’s Team next season by reserving your 2019 season tickets. Information on pricing, benefits, specials and more is available at IndyEleven.com/season-tickets or by calling (317)685-1100.