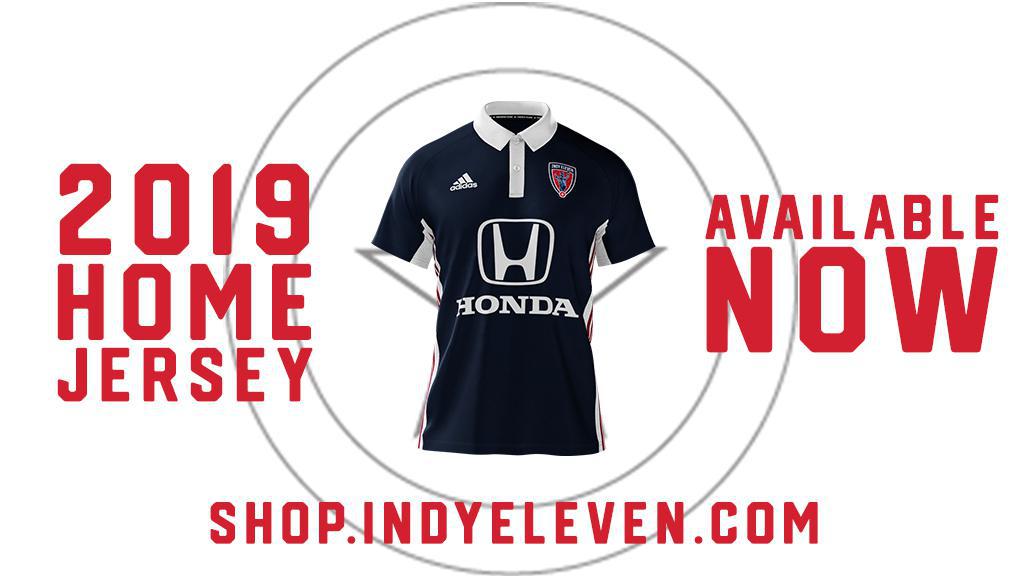 Three seasons after Indy Eleven’s first wholesale kit redesign, Indiana’s Team will suit up in a new home kit (navy) ahead of its 2019 season, courtesy of the club’s continued uniform partner, adidas. The away kit (white) will remain unchanged for the upcoming season.

“We’re proud to be a part of adidas’ long-term commitment to soccer in the state of Indiana,” said Indy Eleven vice president of sales and marketing Josh Mason. “Fans of the game around the world recognize the style and quality that adidas provides and we’re excited to continue to be a part of that global community.”

adidas is the world’s top selling-brand of soccer apparel and ranks second globally in sales across the overall sportswear industry. The German-based company’s stable of “superclub” partners include Real Madrid, Manchester United, Chelsea, Bayern Munich and Juventus, while also boasting the national teams of Germany, Spain, Argentina, Japan and Mexico.

adidas is no stranger to the U.S. market either, serving as a partner of Major League Soccer since its 1996 launch, including as the official athletic sponsor and licensed product supplier apparel partner of the league and its member clubs since 2005.

In conjunction with today’s announcement, Indy Eleven has begun selling replica versions of the new home adidas jersey, adult ($90) and youth ($85), at Shop.IndyEleven.com. Additionally, pre-sale has opened for the authentic version of the new home adidas jersey ($110), which will feature additional touches and USL Championship branding, online at Shop.IndyEleven.com.