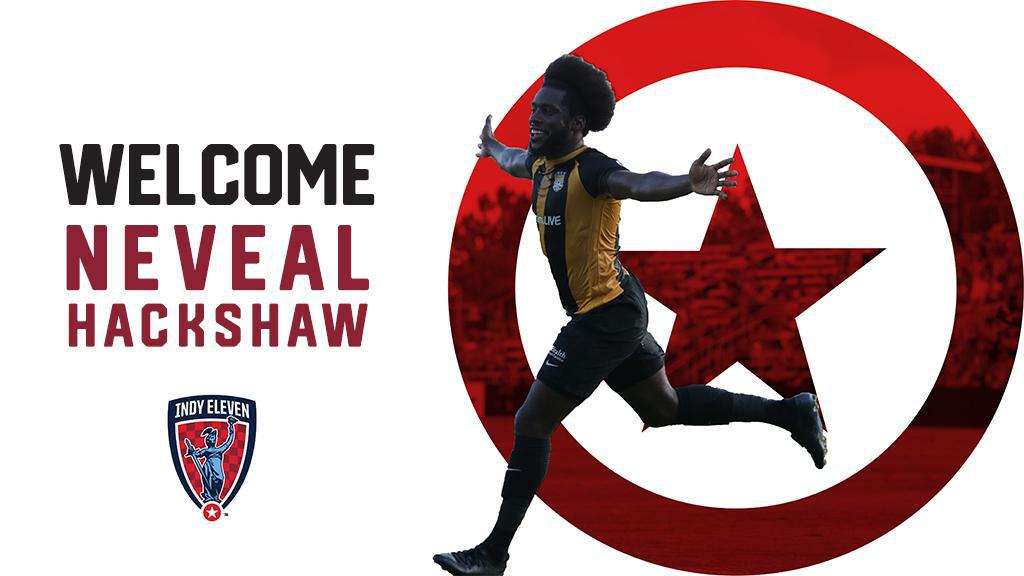 Indy Eleven Professional Soccer announced today the signing of midfielder Neveal Hackshaw to its roster for the 2019 season pending league and federation approval.

“Neveal is an excellent athlete who defends well and is very comfortable in possession of the ball,” said Indy Eleven head coach Martin Rennie. “He’s a young player with a lot of potential and we’re very happy that he’ll be part of our team in 2019.”

Hackshaw, 23, made 82 appearances over the last three seasons with USL Championship side Charleston Battery. In 2018, Hackshaw started 32 of his 33 total appearances. The La Horquetta, Trinidad and Tobago native scored one goal and two assists in over 2,800 regular-season minutes last season. Additionally, Hackshaw boasted strong defensive statics in the midfield having accumulated 146 clearances and 45 interceptions throughout the year.

Don't miss out on any of the action in 2019! A $50 deposit will secure your 2019 season ticket for all home games next season. More information is available at IndyEleven.com/season-tickets or by calling (317)685-1100.