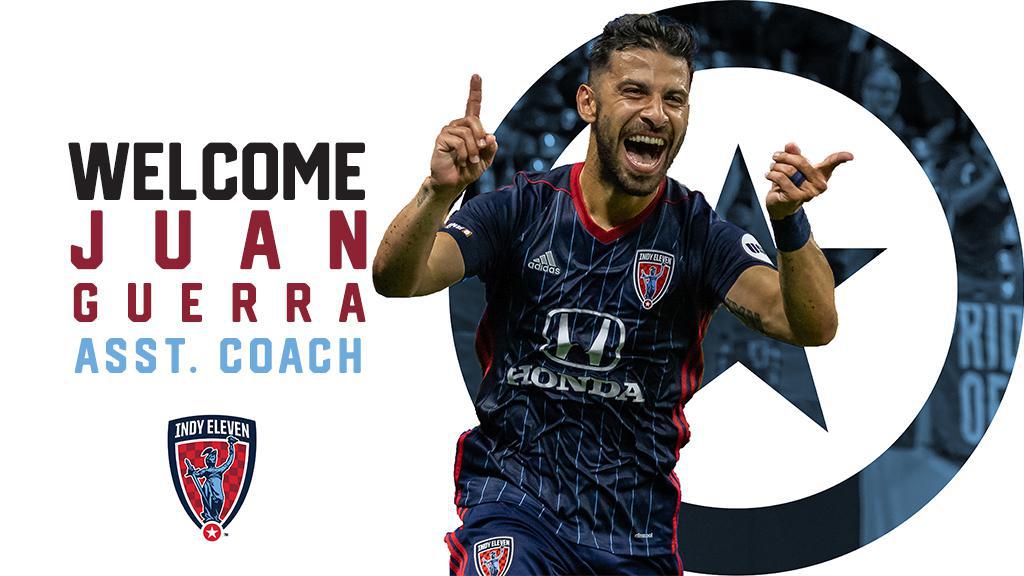 Indy Eleven Professional Soccer announced today the signing of former Boys in Blue midfielder Juan Guerra as an assistant coach ahead of the 2019 USL Championship season.

“Juan has excellent experience internationally and domestically as a player, and I’m sure he’ll transition very well into being a coach,” said Indy Eleven head coach Martin Rennie. “He’s a hard-working, diligent person who will add a lot to our club in his new role.”

In conjunction with his new coaching appointment, Guerra announced his retirement from playing professional soccer.

“I’ve always wanted to coach,” Guerra stated. “It’s always been in the back of my head that after my playing career that I wanted to coach. I would like to thank Ersal Ozdemir and Martin Rennie for this opportunity,” said Guerra. “This is a fantastic club and I’m looking forward to getting started in my new role with this great group of guys and incredible supporters.”

Guerra played a crucial role in Indy Eleven’s midfield in 2018. In 25 starts, the 31-year-old completed over 80-percent of his passes, created nine chances, tallied two assists and netted one goal.

Guerra played collegiately for Florida International University before starting his professional career with Venezuelan clubs Monagas SC and Caracas FC, the most successful club in Venezuelan history. The midfielder has four caps with the Venezuelan national team, including two call-ups for the 2014 FIFA World Cup Qualifiers.