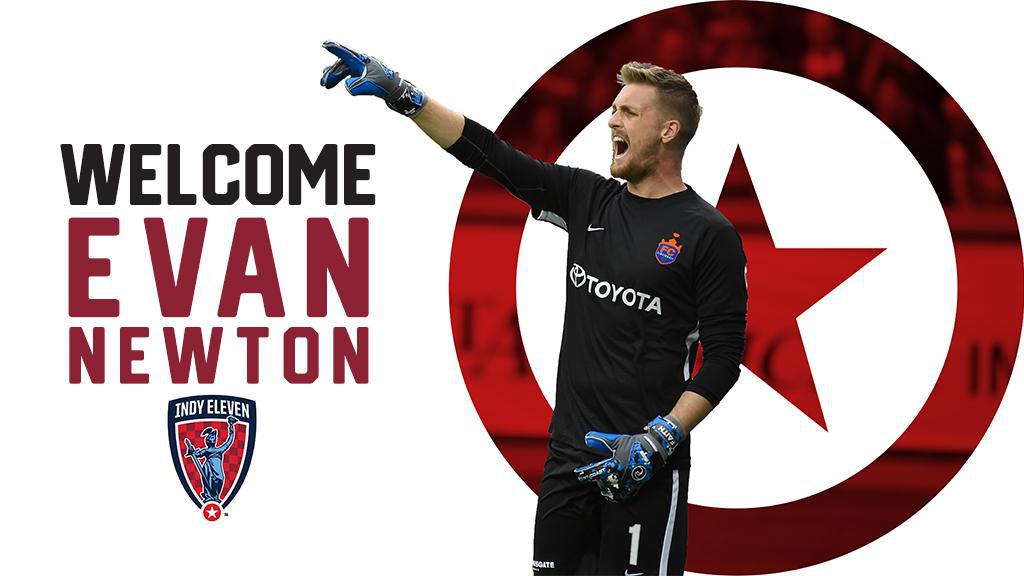 Indy Eleven Professional Soccer is pleased to announce the signing of goalkeeper Evan Newton from FC Cincinnati to its 2019 roster pending league and federation approval.

“I’m really happy that we managed to sign Evan. He’s proved himself to be an exceptional goalkeeper at this level,” said Indy Eleven head coach Martin Rennie. “Last season, he was the [2018 USL Championship] Golden Glove winner and I think he’s someone that’ll add a lot to our team.”

Newton, 30, made 20 starts for the Orange and Blue last season. The Virginia Beach, Va. native finished the 2018 regular season with a 12W-2L-6D record, nine shutouts and a 0.80 goals against average. Newton was awarded the 2018 USL Championship Golden Glove award for having the lowest goals against average among qualifying goalkeepers. Newton made 56 saves on 72 attempts and conceded 16 goals on the season.