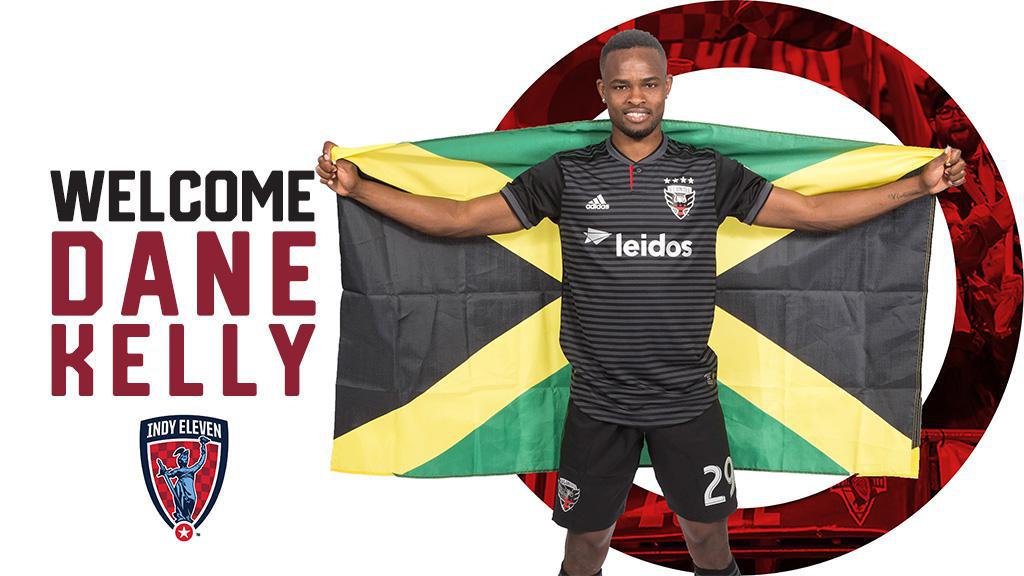 “Dane Kelly is a very dynamic player that provides pace to get in behind opponents, who can stretch a team, and who is a big goal scoring threat,” said Indy Eleven head coach Martin Rennie. “He is in his prime and in the Jamaican National Team squad. He is hungry to succeed, and we look forward to working with him.”

Kelly earned a slew of accolades at the conclusion of the 2017 season, including being named USL Championship’s Most Valuable Player and was named to the All-League First Team. Additionally, Kelly claimed the 2017 USL Championship Golden Boot after recording 18 regular season goals.

Last season, the Saint Catherine Parish, Jamaica native made his MLS debut as a late-match substitute for DC United on March 31. Outside of regular season action, Kelly started at home in United’s fourth round US Open Cup 1-1 draw (4-3 on penalty kicks) against USL Championship’s North Carolina FC.

The former Tivoli Gardens (Red Stripe Premier League) attacker has made four appearances for the Jamaican Men’s National Team, making his debut in an international friendly against Canada on September 3, 2017. He scored his first goal and assist for the Reggae Boyz in his second international cap in a 2-2 draw against South Korea on January 30, 2018. Kelly scored his second international goal last October in Jamaica's 6-0 Concacaf Nations League Qualifying win over Bonaire.