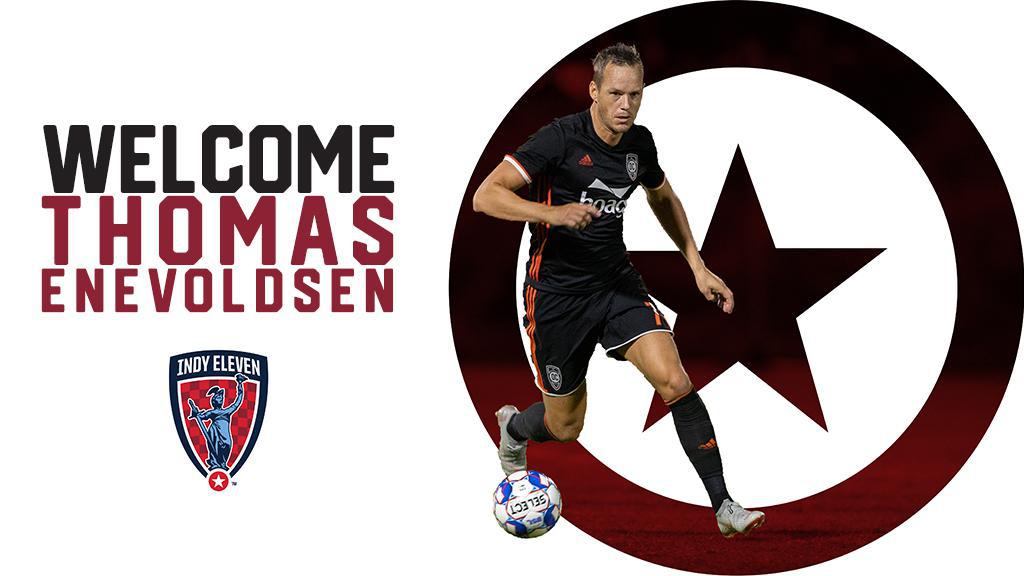 Indy Eleven Professional Soccer is pleased to announce the signing of forward Thomas Enevoldsen ahead of the 2019 USL Championship season, pending league and federation approval.

“Thomas is coming off an excellent first USL Championship season,” said Indy Eleven Head Coach Martin Rennie. “He scored 20 goals and collected 10 assists without taking any penalties. He’s hungry for success and we are glad to have him in Indy.”

In addition to his club play, Enevoldsen represented Denmark on a national level with caps on the U18, U19, U20, U21 and senior level. Enevoldsen scored his first international goal on May 27, 2010 in Denmark’s 2-0 win against Senegal. Enevoldsen made a single World Cup appearance that same year as a substitute in Denmark’s 1-2 loss to Cameroon.