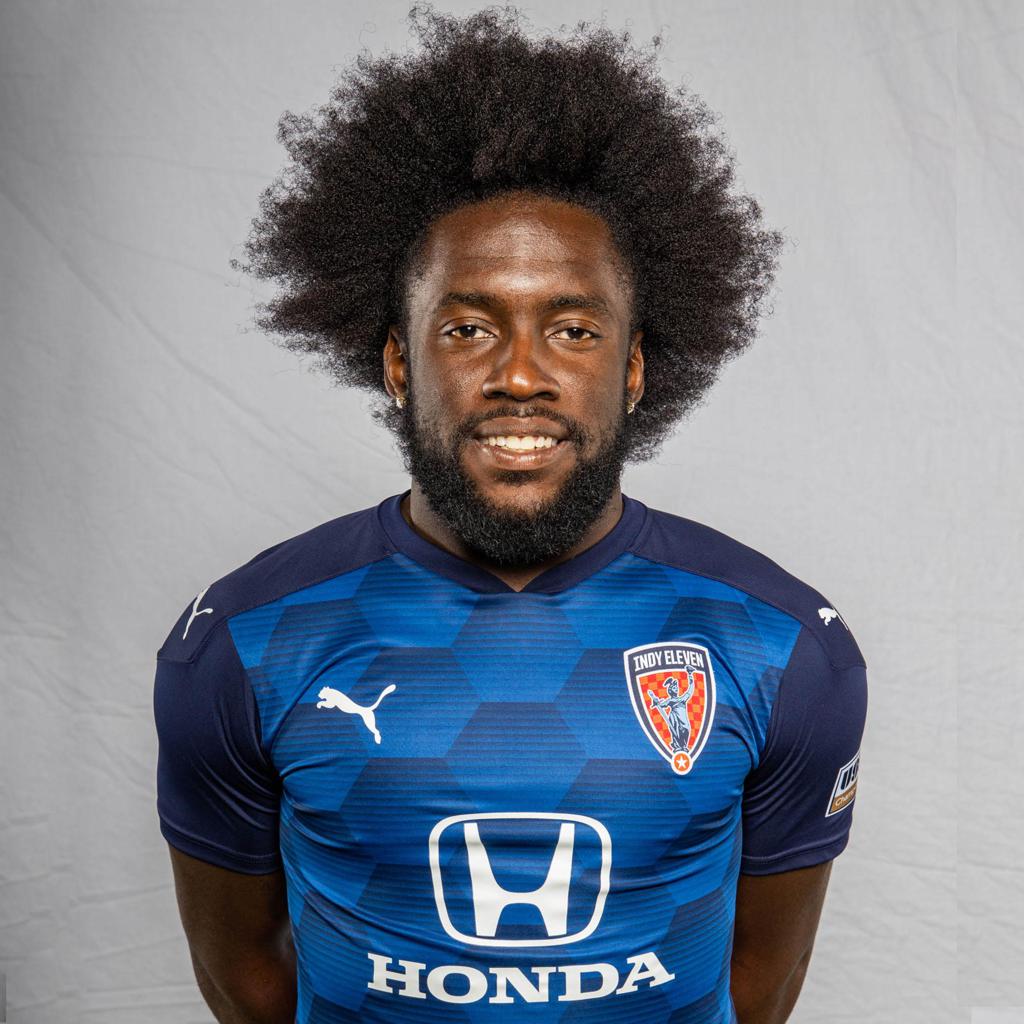 With Indy Eleven: A Trinidad and Tobago native, Hackshaw gave Indy Eleven fans quite the first impression in 2019, scoring in his debut on March 9 at Saint Louis FC. Hackshaw made 30 starts during his first year with the club, finishing fifth on the team in minutes (2,730), third in clearances (88) and tied for second in interceptions (41). The defender also made an impact offensively with two goals and one assist.

Before Indy Eleven: Hackshaw made 82 appearances with USL Championship side Charleston Battery from 2016-18, starting 32 of 33 appearances, scoring one goal and two assists during his last season in Black and Yellow in 2018. Additionally, Hackshaw solidified his status as a stout defensive midfielder, having accumulated 146 clearances and 45 interceptions by the end of the season.

International: Hackshaw has earned 12 caps for the Trinidad and Tobago Men’s National Team and an additional five with their Under-20 squad, all coming during the CONACCAF U-20 Championship in January 2015. The La Horquetta native made his senior international debut in March 2015 at the age of 19 as a substitute in a Copa America Centenario qualifying round against Haiti. Hackshaw was rated T&T’s top Man of the Match by the BBC after coming on as a late-match substitute versus Wales on March 20, 2019, and his last cap came on October 15, 2019, via a full 90-minute friendly performance at Venezuela. Hackshaw has logged minutes in a pair of World Cup qualifiers, one 2019 Gold Cup match and a Copa America Centenario Play-in game in 2016.