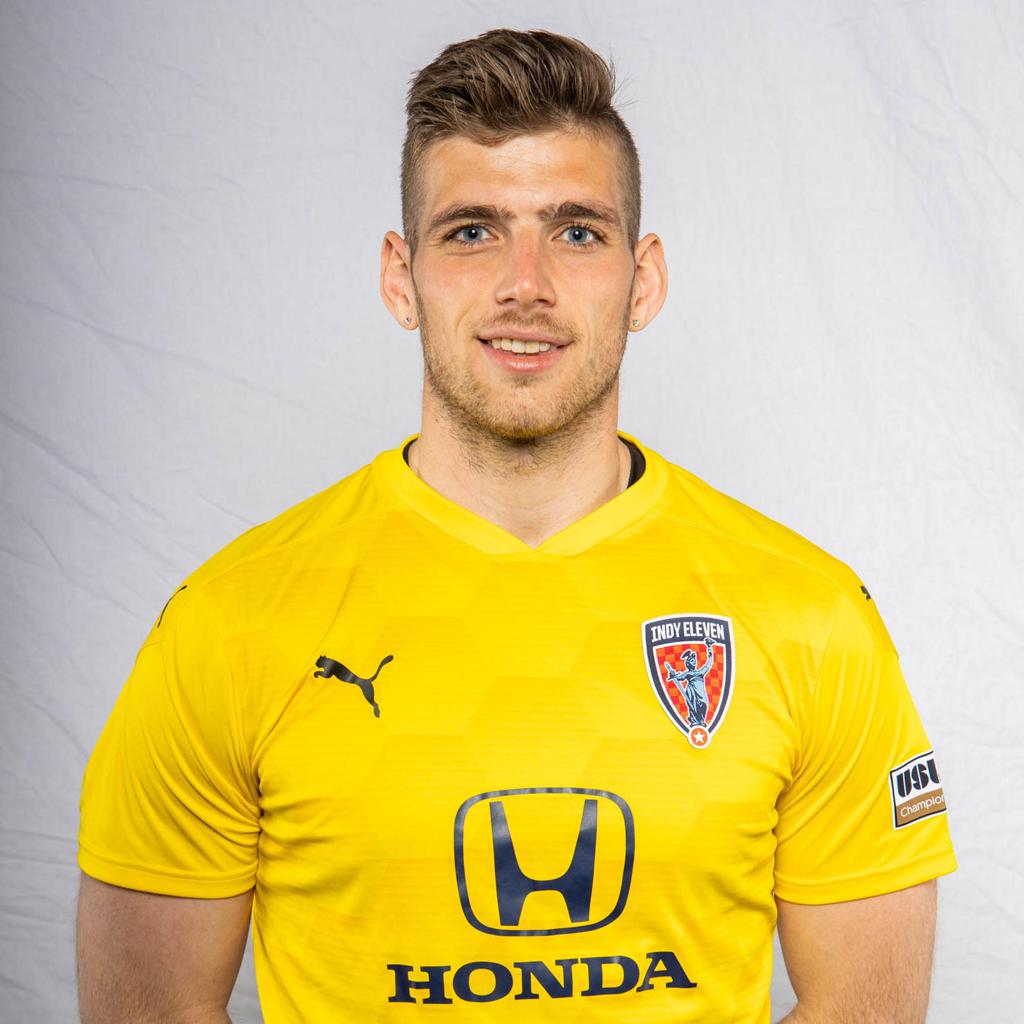 Indy Eleven wrapped up a week of new player announcements with today’s addition of goalkeeper Bobby Edwards to Indiana’s Team. Per club policy, terms of the contract that bring the 25-year-old netminder to the Hoosier State will not be released.

The 2021 campaign will mark the third season of Edwards’ burgeoning professional career, which began in 2019 with Portadown FC in Northern Ireland’s NIFL Championship. Edwards was pivotal to The Ports’ title run, registering a 16W-3L-4D record and finishing with a sparkling 0.78 goals against average and 12 shutouts.

After serving as Portadown’s starting goalkeeper in the first 23 games of their 2019/20 promotion-winning campaign, the native of Parsippany, N.J., returned stateside in January 2020 to join Major League Soccer’s FC Cincinnati. Edwards made two appearances for the Ohio side last October, winning his debut start against eventual MLS Cup champion Columbus Crew SC at Nippert Stadium.

Prior to going pro, Edwards played four collegiate seasons for three different programs, beginning at St. Joseph’s University (2014-16) and continuing on to Monmouth University (2017) before finishing with a graduate senior season stint at Mount St. Mary’s University (2018). In all, Edwards totaled 62 appearances (60 starts), registering 262 saves and earning 11 shutouts during his collegiate career.

Coach Martin Rennie: “Bobby Edwards is a goalkeeper with a promising future, and we are happy to have him provide quality depth and competition at a crucial position. At 6’6” and 225 pounds, Bobby’s physical presence allows him to command control of his penalty area, and for his size he is a remarkably good shot stopper. We look forward to his contributions on the field and in our squad this season.”

Bobby Edwards: “I am thrilled to be joining Indy Eleven and look forward to representing the club, community and State of Indiana. We have tremendous aspirations for this upcoming season, and I am humbled to be a part of them. It brings me much pride to represent a club with such strong values that align so closely with my own - a shared commitment to success, respect, and teamwork. I cannot wait to get started and eagerly await seeing all our fans at Carroll Stadium in 2021.”